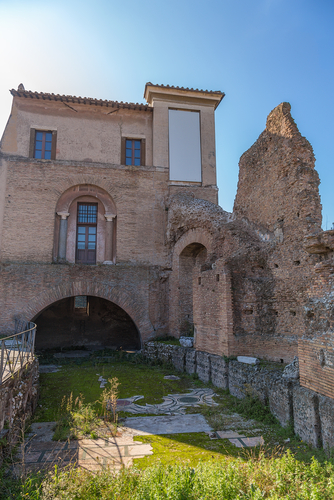 Nero’s Domus Transitoria (Transit House) has finally opened to visitors after 10 years of renovations. Even I have never visited this place despite all the times I have been to Rome. You must descend underground to view the rooms and gardens of the residence, covered over the centuries by other buildings and debris. This was the first palace of Nero, which was nearly destroyed entirely during the Great Fire of Rome in 64 AD. Of course, the stories of FAKE NEWS in those days portrayed Nero as playing the fiddle while Rome burned. He built his more famous palace on the ruins of Rome, which is why people created the conspiracy theory that he set Rome on fire deliberately so he could build his grand palace. 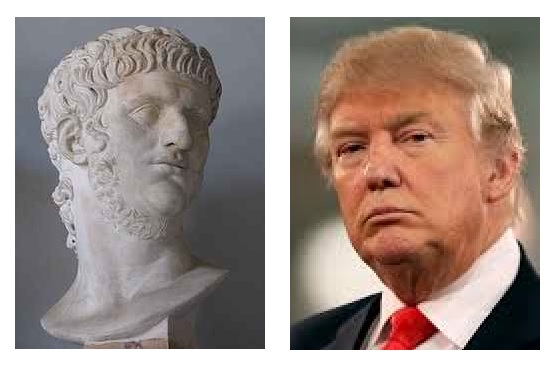 The Great Fire of Rome took place during July of 64 AD. The fire ravaged Rome for six days, destroying 70% of the city and leaving half its population homeless. For one thing, the fiddle didn’t exist in ancient Rome since it only made its appearance during the 11th century. There is no such evidence that Nero played any role during the Great Fire. The Roman historian Publius Cornelius Tacitus (c. 56–120 AD) wrote that Nero was rumored to have sung about the destruction of Troy while watching the city burn. However, he stated clearly that this was unconfirmed by eyewitness accounts. That was the origin of the saying. When the Great Fire broke out, Nero was at his villa at Antium, some 35 miles from Rome. Nero was not even in Rome during the Great Fire. He was the victim of fake news, and as I have written, he was the last of the Julio-Claudian dynasty. Rome fell into civil war upon his death. We may see Trump become the last real person elected in the U.S. From here on out, it is going to get nasty in politics.

It is interesting timing that after 10 years the palace is now open. Will Trump be like Nero, not just the victim of fake news, but the last of a dynasty of elected presidents to be followed by civil unrest?

« Roman Coins Wash up on Beach in Florida
Where Are We in the Roman Timeline? »