Reading through you blog it seems the chronology of money begins with derivatives, credit/debt, and barter with coinage coming in much later in the historical record. You have traced the workings of the business cycle back further than anyone else. Am I correct in what I have pieced together reading your blog entries.

Thank you for your enlightenment

ANSWER: Correct. Our concept of money is generally incorrect. Babylonian records clearly demonstrate that derivatives in the form of futures contracts date back to the earliest recorded records in history. Hammurabi Legal Code 1780 BC provides an early account of an attempt to control the business cycle, for what you see contained therein are price and wage controls. This is evidence that they had business cycle swings and to solve the problem they invented contracts where people would buy or sell, requiring a witness to secure the transaction. We find prices defined in terms of grain and silver, further illustrating the first attempt to monetize barter.

Clearly, those that yell about derivatives fail to grasp that they predate money. We have credit, debt, and futures predating even the formal monetization of barter, meaning assigning some standard unit of account to a commodity as in Hammurabi’s Code. Grain and cattle appear to be the first commodity based barter system, which makes sense insofar as money was first and foremost utilitarian in that it had to have been widely accepted as a usable commodity.

Barter appears to have come first, followed by the development of credit systems, whereby someone did something for someone else and to be paid upon completion, and then derivatives. Urban life does not appear to have emerged until around 8,000 BC; a development that marked the idea of creating domesticated animals and agriculture. This effectively ended the nomadic lifestyle where there may have simply been communal group living rather than individual barter economy. 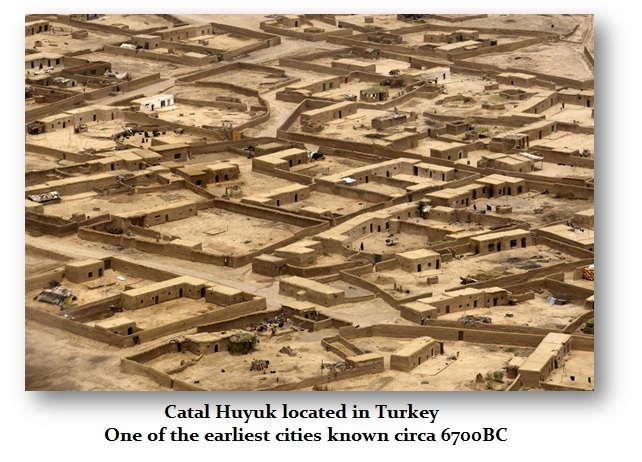 Around 6700 BC the earliest city began to appear in Turkey, known by the name Catal Huyuk, and covered about 30 acres. The buildings were mud and brick construction, but inside there appeared to be plastered walls. No doubt, this was the latest modern invention, for it illustrates two important developments. First, this confirms the birth of an urban trade skill; secondly, paintings found on the walls of homes suggest the flourishing development of art, one of the last skills to develop within urban life reflecting good economic times. This demonstrates that there were barter systems as well as credit that predate Hammurabi by thousands of years. 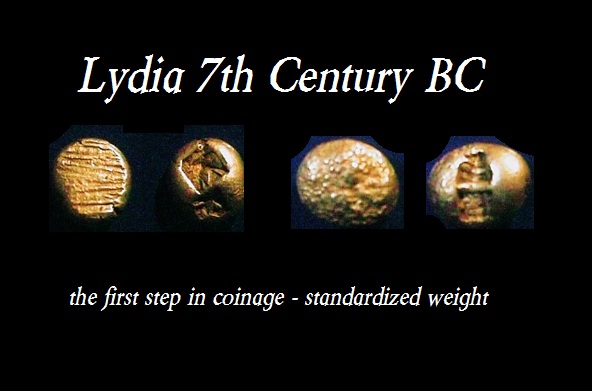 We can look at biblical references in Genesis 23:16, “Abraham listened to Ephron; and Abraham weighed out for Ephron the silver which he had named in the hearing of the sons of Heth, four hundred shekels of silver, commercial standard.” We have the development of a weight system in grains and silver. This invention of standardized weights emerged and became a unit of account, or a measure of a commodity. It was not until the 7th century that standardize weights of coinage first appear

Silver formed the common commodity for transactions; traded in typically wire or lumps. Gold exchanged in the form of jewelry, until it became much more common following discoveries in Turkey. 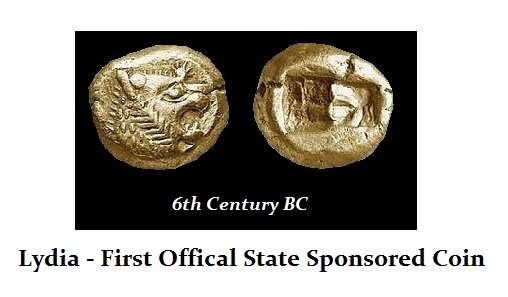 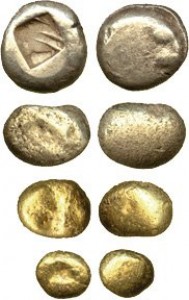 The kingdom of Lydia in Turkey first began the first formal state currency. The king took the standardized coinage by weight and impressed the symbol of the city on the coinage. There were clearly different weights appearing, and this was the first creation of a monetary system with denominations.

The metal was natural and unrefined. The gold was an alloy mixed with silver, today we call it electrum, which can be located in rivers. The color varied depending upon the gold content. This obviously introduced people differentiating based upon color and attributed a higher value based upon color.

King Croesus refined the metal and began the first bimetallic monetary system with a ration of silver to gold being 12.5 to 1. This does not take place until the 6th century BC. 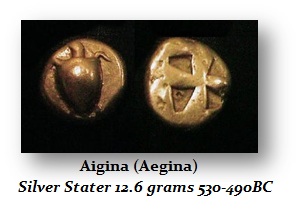 Coinage began to spread in Turkey, which then spread to Greece where the natural metal was silver instead of gold. Coinage merely enhanced the credit and debt systems, which predates the Stone Age. 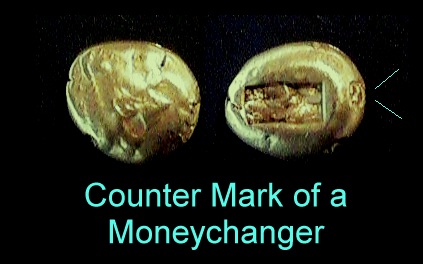 Here is an electrum coin of Lydia with nine counter-marks, demonstrating that there was a viable forex exchange and banking industry at that point in time.