Outlook for the Dow 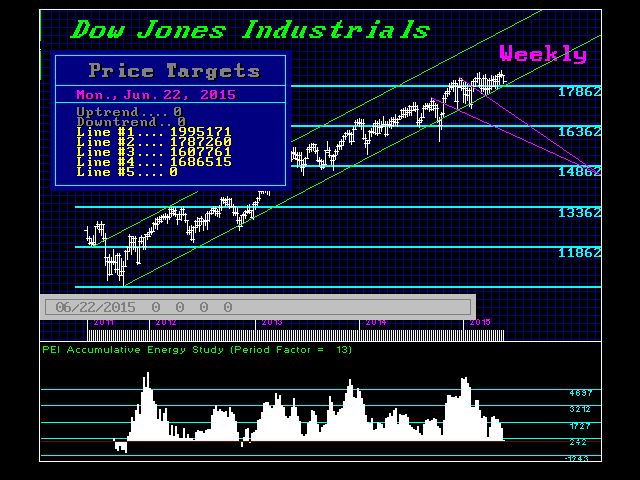 The Dow may have established a temporary high in May on our turning point. We have seen three Daily Bearish Reversals elected from the May 19 high and now support lies at 17745 on our daily models. We need a closing back above 18195 to stabilize the market right now. However, on the weekly level, initial support lies at the 17732 level, and a closing beneath that on a weekly basis will warn we are entering a correction phase. We can see the market is now crawling along the bottom of the upward channel, so a break below that on a weekly closing basis should send a red flag of caution. The major support begins down at 17065; the critical support lies at 16890. 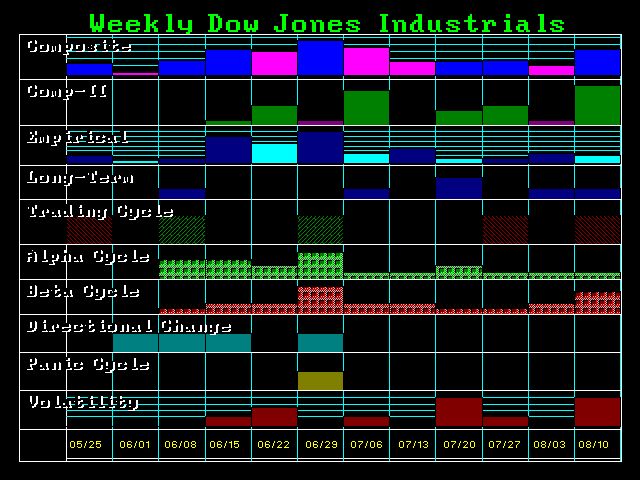 We see that this week was a Directional Change that has performed on target. However, we have a lot of Directional Changes clustering here in June, so I expect this is going to be a choppy and more volatile month. Pay attention going into the end of the month. 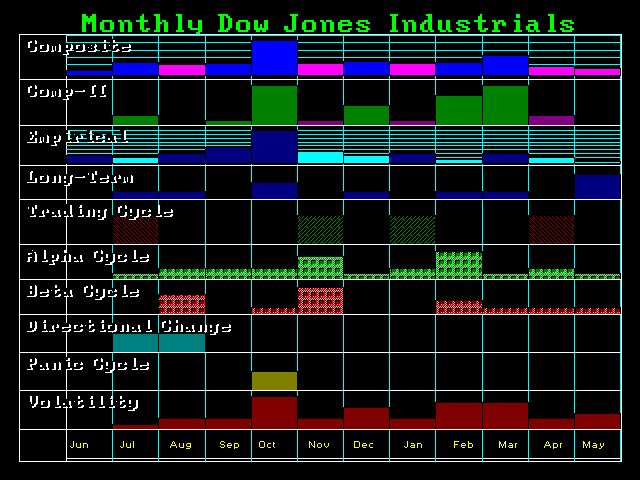 You can see from the Monthly Array that our call for the market to churn until May seems to be on point. Even the Energy Model on a Weekly level peaked back in January, confirming there would be no breakout. Here we have two Directional Changes due in July and August, confirming the choppiness. Note how the models are now all starting to line up for October with high volatility, Panic Cycle, with turning points on the top three indicators.

The computer is starting to pick up the alignment with the Economic Confidence Model for 2015.75. I find this astonishing since the ECM is not one of the 72 inputs into the array – that is entirely separate as is the Global Market Watch.

It appears that if the Dow were to make a low in October, leaving intact the May high, this should be a closer setup to that of 1987. It would seem that cash would take the typical flight to quality path and push short-term rates really negative, forming the bubble peak in government.

This should be the false move that will send the majority on the wrong side, so we can get the pendulum moving in the opposite direction. Pay close attention to the markets, for we need the False Move in advance.