Did Something Happen on the ECM Turning Point? 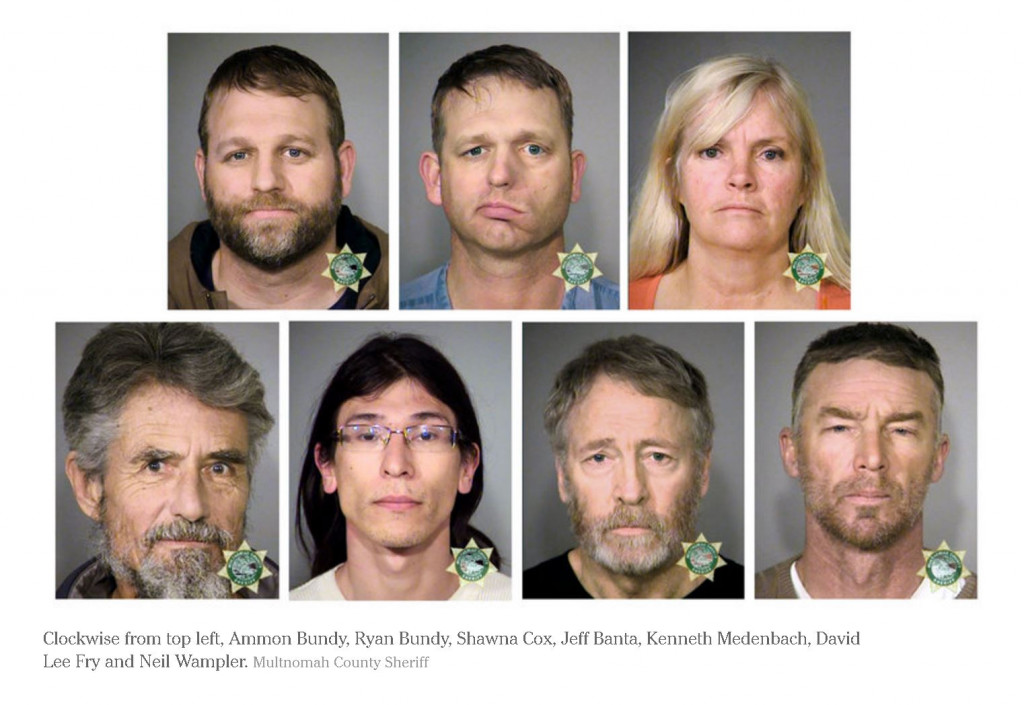 Did something happen on the October 28th, 2016 turning point? Just maybe what clicked yesterday was the tipping point against government. The Bundys, who were the armed antigovernment protesters led by Ammon and Ryan Bundy, were acquitted precisely going into the 28th of federal conspiracy and weapons charges. Since the Federal government’s abuse of “conspiracy” where they do not actually have to prove you committed a crime just wanted to, their conviction rate has soared to over 98%. To be acquitted of these charges is a mind-blowing event when it is virtually impossible to win in court when juries just assume the government walks on water.

The protest at Malheur National Wildlife Refuge over the government’s claim to land ended in bloodshed and the police shot and killed unarmed man getting out of his car and then were shooting at women and children in their car. The attitude of some police has degenerated to the point we are the enemy to be hunted and killed for their pleasure. The FBI effectively just murdered one individual. The FBI special agent in charge, Greg Bretzing, said, “They had ample opportunity to leave the refuge peacefully.” He continued, “And as the FBI and our partners have clearly demonstrated, actions are not without consequences.” Well the jury has acquitted those who stood up against this government’s outrageous abuse. Where the blacks are going wrong with Black Lives Matter, they are isolating themselves. They should create a movement that ALL LIVES MATTER and then there will be greater strength in numbers across all races, religions, and genders.

Why do I see this verdict on the very day of the Economic Confidence Model important and not just a passing moment? The ultimate revolution against monarchy that gave birth to the United States and the French Revolution, began with juries standing up against government abuse. It just may be that history is repeating here as well. 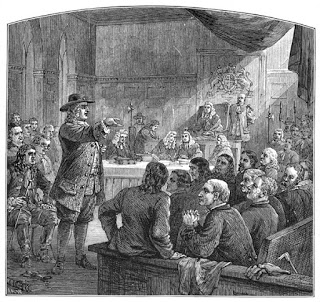 The most famous trial where a jury stood up refusing to find the defendant guilty in the face of a corrupt government, was that of William Penn, the founder of Pennsylvania. In 1670, William Penn held a worship service on a quiet street, which was attended by a peaceful group of fellow Quakers. Penn and another Quaker, William Mead, were arrested on a charge of disturbing the king’s peace and summoned to stand trial.

As the two men entered the courtroom and the bailiff ordered them to place their hats back on, which they had removed. Then the judge held them in contempt of court for being in the courtroom with their hats on. Penn demanded to know upon what crime he was being charged for preaching. The judge refused to supply any information whatsoever as to his crime and instead referred vaguely to the common law. When Penn protested that he was entitled to a specific indictment, he was removed from the presence of the judge and jury denied the right to defend himself. Penn could neither confront the witnesses who accused him of preaching to the Quakers nor ask them questions about their charges against him.

Finally, after the testimony the court concluded, the judge instructed the jury to find the defendants guilty as charged, dictating what verdict he expected. Penn tried to protest, but was silenced and again sent out of the courtroom. The jury, for its part, proved sympathetic to the two defendants and refused the judge’s command to find the defendants guilty just as we have seen in the Bundy case. The judge at this point became enraged and sent the jury back to reconsider their verdict. When they returned with the same verdict, the judge criticized the jury’s leader, Bushnell, and demanded “a verdict that the court will accept, and you shall be locked up without meat, drink, fire, and tobacco…We will have a verdict by the help of God or you will starve for it.”

Thereafter, the jury was sent back three more times, but returned with the same verdict. Finally, the jury refused to reconsider. The judge then fined each member of the jury forty marks and ordered them imprisoned until the fine was paid. Penn and Mead went to prison anyway, held in contempt for obeying the bailiff’s order that they put on their hats. Later, the members of the jury won a writ of habeas corpus and were released from prison. Penn and Mead left England after their release from prison, having a taste of justice, and sailed to America. (Earl Warren, “A Republic, If You Can Keep It”, p. 113-115)

The Case of William Penn was a major turning point. Just perhaps, yesterday’s verdict will be viewed as a tipping point in our struggle for freedom from a growing abusive and intrusive government that has lost its way and drunk with power.

As we now head into the next turning point next November, we will have the French and German elections. If both incumbents lose, we may be looking at the final break-up of the EU.

Did Comey Come Out Precisely on Target of the ECM? »