When Rumor Transforms into False Facts 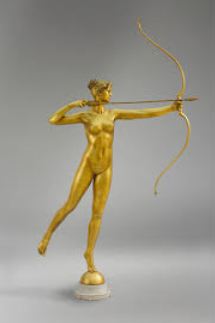 It seems that it does not matter if a rumor is true or false. What seems to matter is how it can be whipped up into creating some response just as the coronavirus is causing a global economic collapse. There is probably a no better example of a rumor that led to murder and a scandal that was on the front pages of newspapers around the country and even in Europe back in 1906 which involved the golden nude statue of Diana on display now in the New York Metropolitan Museum of Art.

Diana was commissioned by architect Stanford White as a weather vane for the tower of the former Madison Square Garden. It would eventually cost him his life. Diana was the goddess of the hunt. The daughter of the Roman god JUPITER and his mistress, Latona, Diana was born on the island of Delos with her twin brother, APOLLO, the god of light. She was celebrated on August 13th. 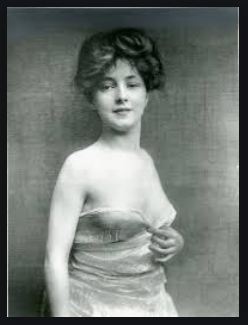 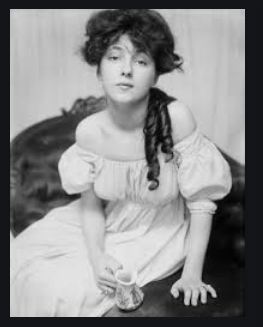 For some strange reason, as society moves into interesting turning points there is always some rumor that turns out to be false, but it still captures the attention of society. The supermodel of the day back at the turn of the century was Evelyn Nesbit (1884 or 1885 – 1967). She was in a love triangle and the two men hated each other. She married the mentally unstable multimillionaire Harry Kendall Thaw, who shot and killed the prominent architect Stanford White in front of hundreds of witnesses at the rooftop theater of Madison Square Garden on the evening of June 25, 1906, below this statue of Diana. This became what the press would call the “Trial of the Century,” which they whipped up into a real frenzy.

There are cycles within society that oscillate between openness and modesty. From the 1890s on, there was not just the rise of the Progressive Movement built on the back of Marxism, but along with this trend, there were major changes in society. We know generally about the rise of the Free Love Movement of the hippies during the 1960s, but what most people do not know is that there has been a cycle to change in social etiquette as well between openness and modesty.

Teddy Roosevelt was an ancient coin collector. When Teddy Roosevelt (1858-1919) became president on September 14, 1901 – March 4, 1909, he commissioned Augustus Saint-Gaudens (1848 –1907)  to redesign the $20 gold coin and made it high relief as the ancient coins had been struck. The machines could not handle the high relief and so the coins had to be reduced in their relief. But Augustus Saint-Gaudens was at the center of a curious rumor that was not true and yet it led to the murder under a statue he also was commissioned to make — the famous golden statue of Diana.

Evelyn Nesbit lost her virginity to Stanford White at the age of 14 which was not illegal back in the day. While the general ages of consent are now set between 16 and 18 in all U.S. states, the age of consent has widely varied throughout the country over time. Back in 1880, the ages of consent were set generally at 10 or 12 in most states, with the exception of Delaware where it was 7-years-old. The ages of consent were raised across the U.S. starting in the post-World War I era which seems to be a clash between the conservatives v the rising progressive of the Roaring ’20s. For the most part, by 1920 ages of consent generally rose to 16–18. The last state to raise its age of general consent was Hawaii which finally increased it to 16 from 14 in 2001.

While sexually, this applied to only girls, the US government decided to enlist 18-year-old boys during WW2 and the Korean war for the first time. There was an outcry in US that 18-year-olds can serve the army and die, but they can’t vote nor have a drink. Hence, the 26th amendment was passed on 1st July 1971 which lowered the age of voting from 21 to 18.

The Diana statue was unveiled atop Madison Square Garden’s tower on September 29th, 1891. The 304-foot (92.66 m) building had been completed a year earlier and was the second-tallest in New York City just in time for the Panic of 1893 as the Empire State Building was for the Great Depression. But the addition of the statue made it the city’s tallest, by 13 feet (3.96 m). The rumor was that Evelyn Nesbit was the nude model. That was simply not true for she was at best just 7 years 0ld. Nevertheless, that popular rumor had become assumed fact.

The hatred of her husband, Thaw, toward White, had become a major public contest. Thaw shot and killed White under the statue which was never his wife Evelyn Nesbit. BTW, there tends to be a 43-year cycle between social perspectives that oscillate between openness and modesty. While naked statues are everywhere in Europe, in America, this has been a battle back and forth within society.