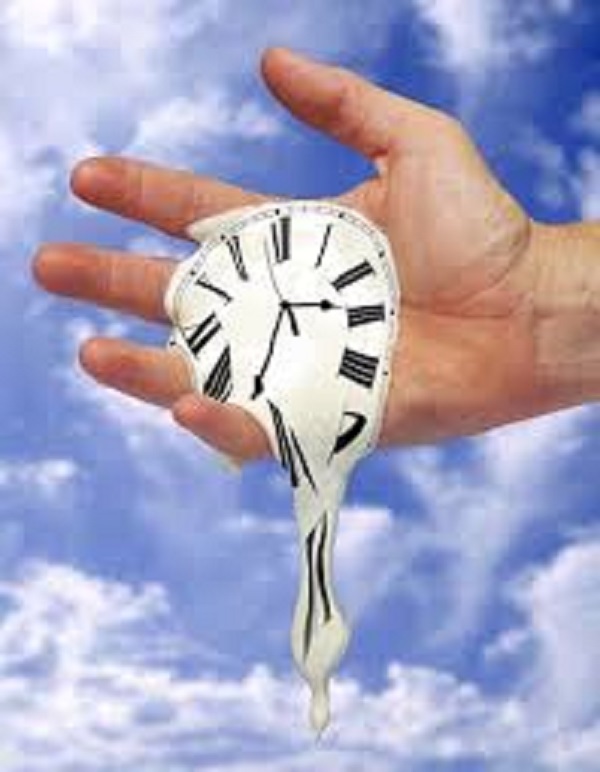 One confusing aspect that people encounter is when a Time Straddle takes place on the Arrays. A Time Straddle occurs when the target in time straddles two weeks, months, quarters, or years. Sometimes it is simply a split, as in gold for 2011/2012, where we achieved the intraday high in 2011 and the highest annual closing in 2012. A Time Straddle will also unfold when the actual time target straddles back-to-back targets, typically caused by judging the difference between actual TIME and an arbitrary calculation using a calendar.

TIME is calculated on a scalar system basis we designed (Day 1 = January 1, 6000 BC), not on a weekday calendar. We must be consistent in calculating TIME. Calendars have changed numerous times, so any forecast based upon such a method would yield far too many inconsistencies and false results. Historically, the U.S. share market use to trade six days per week until January 1950. Therefore, if we based cycles on a five-day week, that would really be inconsistent. In Asia, many markets are open six days a week. Hence, cycles must be calculated based upon real TIME and not arbitrary assumptions of what a week actually consists of.

Here is an illustration of our old DOS based front end. You can see that we could select any market and manually then recreate TIME. We can create weeks by changing the number of days within that calculation or begin it on Wednesday. Our calendar measurement of TIME is merely a preference. We just had a LEAP SECOND because our calendar is not perfectly in sync with actual TIME.

Therefore, the Arrays are translating real world TIME back into the arbitrary calculation we call the calendar. When the actual target unfolds on a weekend, the Array can show one week and then shift to the next or show both. We then start at the higher time level and bring it down to hone in on the actual target. 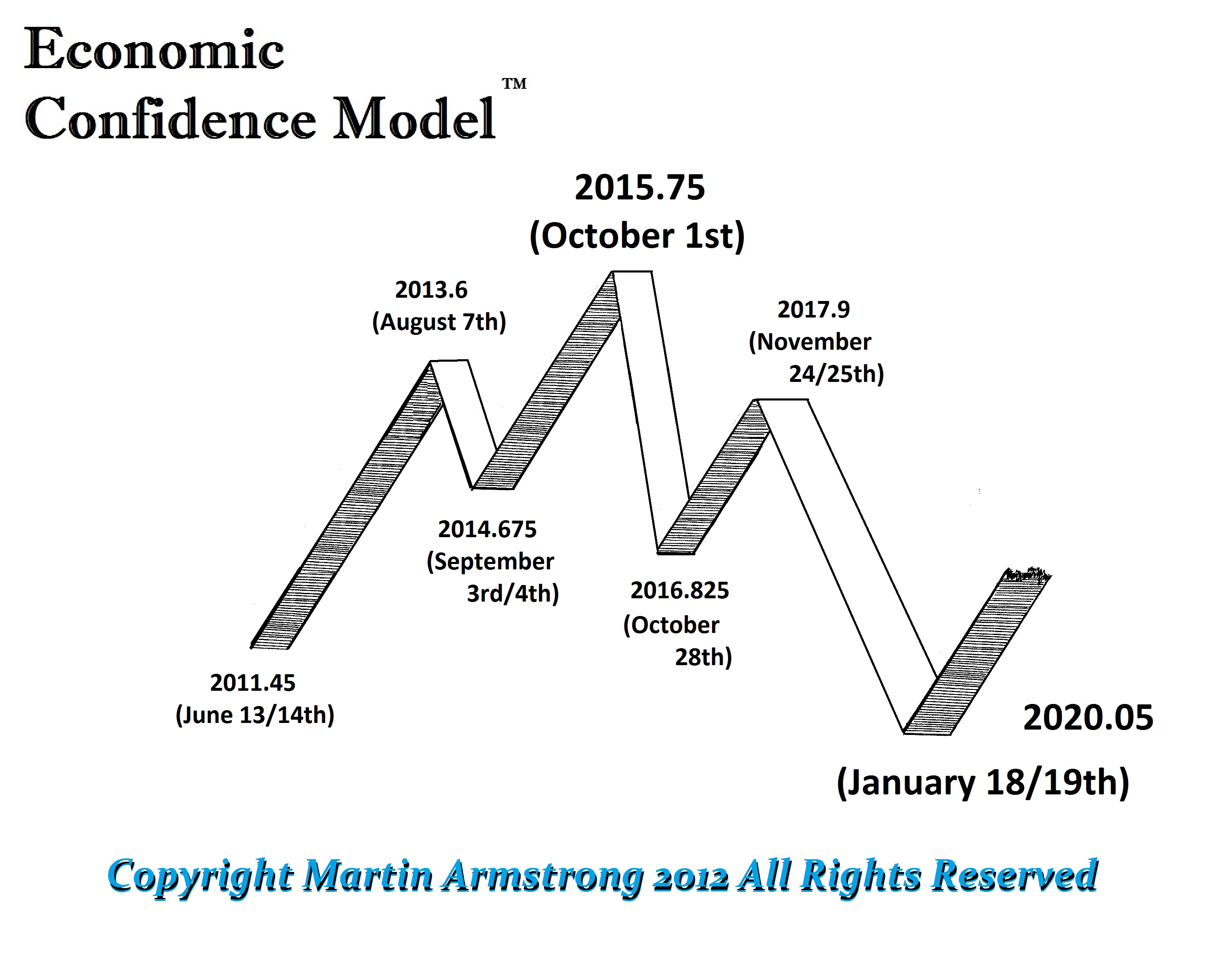 Let us look at the ECM. The target 2015.75 = 273.75 days in this year. September 30 is actually 273 days into 2015. This target actually is a TIME STRADDLE with the .75 for it is past .5, but not yet fully the next day October 1. So to be accurate, the target is September 30/October 1. This falls in the middle of the week, but on the Monthly Arrays, some will show September while others will show October. As we get closer, they may change to agree. This is why we split TIME in all levels. 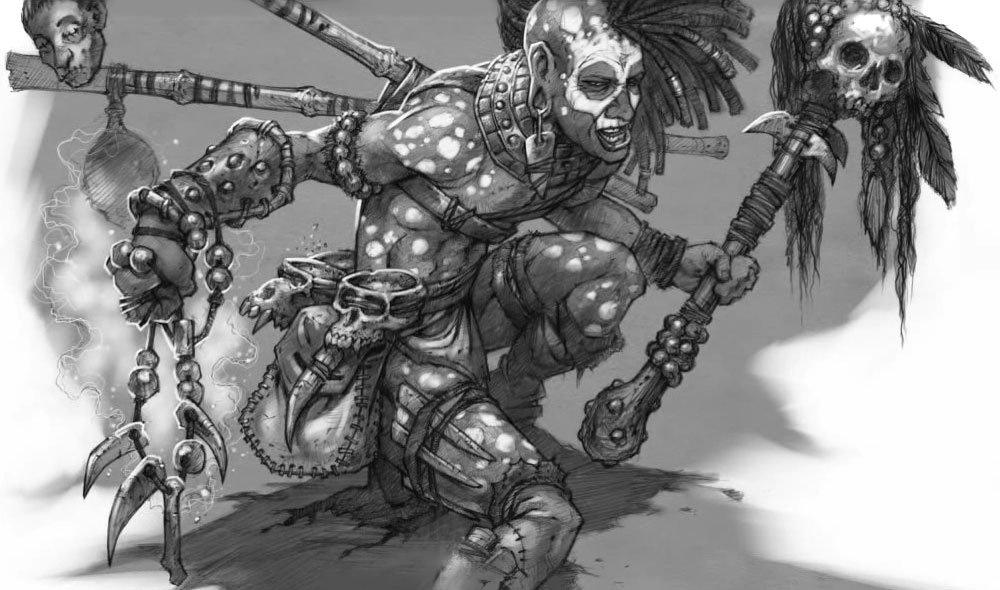 This is by no means my personal opinion. This is the computer’s forecast, so it is pointless to say someone is right or wrong. That would be engaging in analysis that is primitive at best and akin to calling a witch doctor. NOBODY can possibly predict market behavior in a consistent manner from a “gut” or “I think” perspective, trying to make it sound impressive by citing fundamentals. Markets move in anticipation; if a fundamental is actually real, the market will have played it out long before it takes shape.

So understand TIME, hone in and comprehend what time is. The fundamental nonsense and excuses for the metals is over. You cannot be an analyst and offer advice on the product you sell to make a living. They will NEVER say sell for then they are bankrupt. Metals are NOT systematically manipulated; if they were, I would warn to stay away and NEVER buy because then the metals could never go up. That is total BS and people espousing such nonsense are making excuses for not being analysts. The total market cap of Barrick is $14 billion. This is not worth the time in the big leagues where hundreds of billions to trillions of dollars are the standard. These stories are used to financially bury people – wake up before they close the coffin lid on you and your family.