QUESTION: Marty, I was there at your 1987 conference on the weekend of the crash. I was amazed, with many others, that you were able to say the futures would drop 10,000bp and bottom with the ECM and then make new highs. I don’t have to say many did not believe that forecast. What is the difference you see this time since it does feel different?

Your loyal follower on this quest for knowledge. 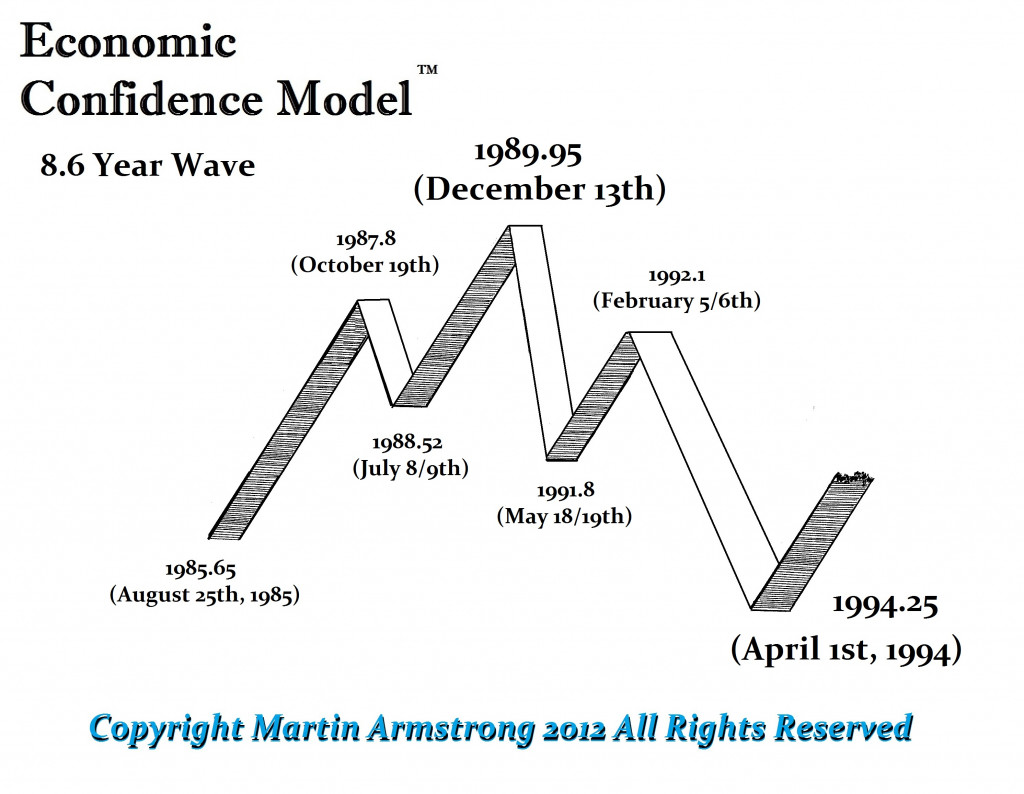 The cause was termination from the foreign exchange markets set in motion by the stupidity of the G5 in trying to manipulate the dollar lower for trade AFTER they sold 1/3 of the US national debt to the Japanese. 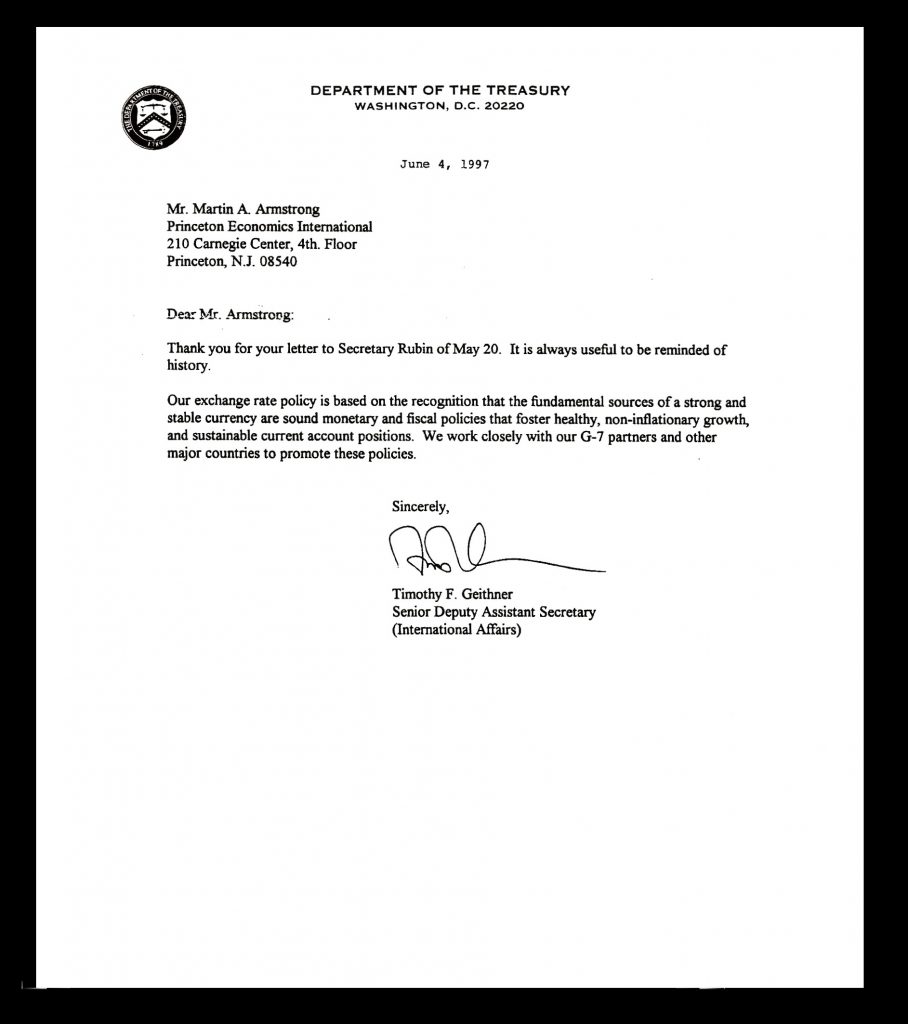 By attempting to manipulate the dollar lower to gain trade benefits, they fail to understand that foreign investment in the US would also be repelled. You cannot lower the value of a currency by 40% to help trade without causing losses to foreign investors. So the 1987 Crash was currency driven and not economic. When Rubin was trying the same stupid nonsense in 1997, 10 years later, that is when I warned them this was a stupid idea that created the 1987 Crash. They responded, but more importantly, they backed off.

This time we have brain-dead epidemiologists who are as corrupt as a $3 bill and should be thrown in prison for the global damage they have done deliberately without regard to the people. They have sold their souls to the Bill & Melinda Gates Foundation, which should be investigated for covert activities. The economic patterns are distinctly different and reflect the actions of a terrorist organization. This was not the mere stupidity of unqualified people in government. We have billionaires acting like usurpers, seizing power to force their vision of the future upon the rest of society.

This has been a direct assault to destroy and redesign the economy from the ground up. The patterns are completely different and display a frontal attack upon the economy. This is not a result of an unintended consequence of manipulating one market without comprehending the interconnectivity throughout the entire system. This has been a deliberate attempt to destroy the economy and our way of life as we have known it. Therefore, the stark difference has been the collapse of many sectors that have been set in motion deliberately. We then see European politicians gleefully looking at this as an opportunity to rebuild the economy from a green perspective. You have Spain introducing basic income which is all designed to move Europe into a full-blown Marxist state by eliminating paper currency. Soon, they will default on all debt by transforming all government debt to perpetual bonds when they realize they cannot sell debt anymore.

When we look at the 1987 Crash, the entire event was 8.6 weeks. It bottomed with the ECM, which was not the case this time.  Moreover, there was a set of Double Weekly Bearish Reversals at 286.10. Once they were elected, there was nothing on our system models, including technical, that would reflect any support until we reached the Monthly Bearish Reversal. Hence, the forecast we would drop 10,000 points and then bottom wit the ECM. 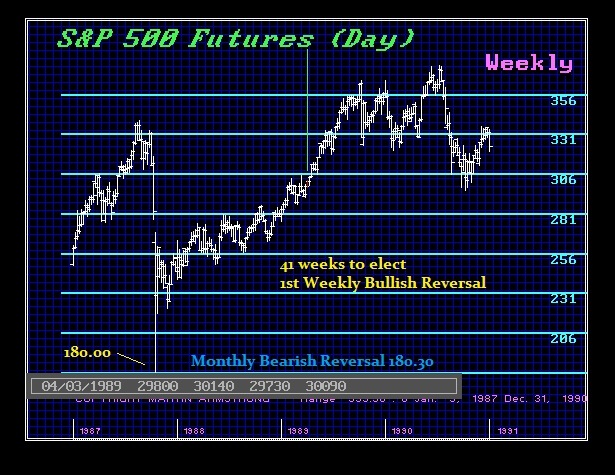 The Monthly Bearish Reversal was 180.30 and the low was 180.00. That met all our criteria perfectly. But look at the pattern for the recovery. We do not see the strong immediate bounce as we have seen this time. In fact, it took 41 weeks to elect the first Weekly Bullish Reversal. There was a slow but steady advance which was reflecting the underlying strength within the economy. There was no Paradigm Shift, but a disruption to the foreign exchange markets which is the foundation of international capital investment.

The G5 was created at the Plaza Accord in 1985, calling for the dollar to decline by 40% to reduce the US trade deficit. As the dollar fell too far, other members complained and this led to the Louvre Accord in February 1987, when they declared the dollar had declined far enough. The dollar kept falling, the sentiment shifted, and everyone began to question if the central banks were capable of doing anything. Hence, by October 1987, there was a massive panic selling in the dollar which led to selling dollar assets.