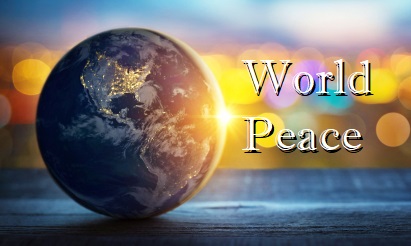 Thank you for your and/or your incredible team’s replies to my questions. I understand how incredibly busy you all are, and I am so grateful for your insights. I’m trying with your help to figure out what’s happening!

Your work confirms that the rise and fall of great civilizations is a biological phenomenon driven by an invisible hand. Humans are players on the stage – assuming roles in the larger wave or cycle, apparently not directing it but somehow unconsciously acting out the rise and then the decline. As a Catholic, I believe God is the first, eternal, perfect unmoved mover driving the eternal rhyming cycle of time.

Currently, the Marxists and communists in their quest to be God and perfect the world, are destroying human rights, private property, religious freedom – essentially, everything that made the Christian West great. You have stated they will fail – so are their centralist, supranational post-human plans somehow manifesting (instead of causing) the inevitable decline? Are they just foolish, deranged actors responding unknowingly to the cycle? Like Judas who betrayed Christ for 30 pieces of silver, regretted his actions and then killed himself, or like Cain who destroyed his brother and then suffered eternal damnation, do think possibly the Marxist destroyers of the West are in fact part of God’s salvation plan? Are they like Judas and Cain – acting out a role? Unless they repent (and that doesn’t look too likely) they will suffer eternal separation from God. Betrayal and suffering were/are necessary for redemption/salvation. We have free will – to choose to worship God or be deceived by worldly sin. Is this the meaning of all this? Is this the passion we must suffer to reach salvation?

Their plans will fail you say, and revolutions will come, so please tell me: Is worldwide tyranny impossible because our desire for God will save us?

Thank you so much for everything.

ANSWER: They are playing God, for they neither believe in any God nor do they believe in the cyclical nature of the universe. The LEFT never believes in God. They see religion as a weakness and a fantasy indistinguishable from Santa Claus.

Dianne Feinstein is an example of how they are very much against religion on the left. Her opposition to Barrett is based entirely on religion. They will fail BECAUSE nobody can control the entire world and force it to accept their dogma. Human nature will never accept that objective. The last time this was attempted using Marxism, several hundred million people died in their fight for freedom.

People often ask me how did I survive their attempt to suppress me and to use Socrates to control the world rather than using it to save the world. They torture people all the time in the United States. As long as they do not leave a mark on your body, they pretend it is not torture.

This movie, “The Report,” exposes the true story about how America tortured people. It was John Brennan, the man against Trump, who was covering up the illegal actions of the CIA. There is a consistent theme that runs through these people — lie and lie again to cover up the previous lie.

They push you beyond the fear of death. You can arrive at a point where death is seen as a blessing in the hands of these people. They waterboarded a prisoner 182 times and got nothing because they have nothing to give. When you pass that point and they no longer can threaten you with death, you take all their power. You will never meet such people who think they are so righteous and that everyone else is just scum unworthy of life. Only then do you see the hatred that resides with the LEFT. They must rule at all costs and your death is simply something that you deserved. There is ZERO justice in our legal system.

They will fail, as they always do, because they neither respect human nature nor do they understand it. However, they will destroy Western culture and they truly want to bury all religions. This is part of the cycle. After the fall of Rome, India rose to be the world’s #1 economy. That is why Columbus set sail to try to reach India but bumped into the Americas instead. Yet, he called the inhabitants Indians. The #1 economy moved to China and then there were the Opium Wars. Eventually, Britain became the #1 world economy and they declined, passing the title to the USA post-World War I. The USA will decline as Schwab and Soros seek to end it as a superpower. They think they can muster the power inside the United Nations to take over the world. Both China and Russia will resist, and in the end, China will rise as the next #1 world economy.