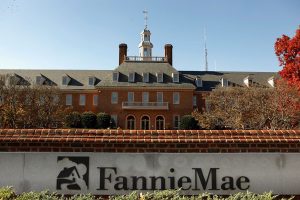 Fannie Mae forecasts a “modest recession in the latter half of 2023” and believes the house-buying frenzy will begin to cool in the US. The Federal Reserve’s hawkish direction to curb inflation has led the agency to believe that a “soft landing” for the US economy is unlikely.

“With the most recent inflation readings at levels not seen since the early 1980s and wage growth exceeding that which is consistent with a 2-percent inflation objective, we believe the odds of a soft landing are even lower. Returning to the Fed’s policy target, therefore, likely necessitates economic growth slowing sufficiently to lead to a rise in the unemployment rate, which would cool wage and price pressures.”

Naturally, they see mortgage rates rising. Home sales for 2022 are now predicted to decline 7.4% compared to their initial forecast of 4.1%, while sales in 2023 are expected to decrease by 9.7% (initial projection: 2.7% decline). Adjusted for inflation, Fannie Mae sees house price growth approaching 0% by the end of next year.

Mortgage credit is not a factor as it was during the Great Recession and the checks and balances are in place after the 2008 scare. New construction is also expected to help with the “eventual recovery” as there is a lower inventory relative to demographic demand. Mortgage rates are now hovering around 5% after rising 1.95 percentage points since the December low. A similar spike in mortgage rates occurred in 2013 and 2018 and led to a downturn in home sales.

Interestingly, Fannie Mae has specified that the coming “modest recession” is “COVID-driven” and even admitted that the business cycle is at play:

“We have previously posited that the current business cycle would likely be shorter than those of the past few decades. GDP growth surged in 2021 after the relaxation of many COVID restrictions – also supported by historic income transfers and monetary policy easing – which led to a swift recovery but also planted the seeds of inflation. Therefore, despite only two years having passed since the COVID-driven recession of 2020, the economy has already moved into what could be described as the mature stage of the business cycle. Specifically, the unemployment rate is below the “full employment” level, inflation is accelerating as growth slows, and the Federal Reserve is beginning to tighten policy. These conditions typically mark the beginning of the end of an economic expansion.”

The Economic Confidence Model has also projected a setback, but this is not the typical deflationary recession. Instead, it does not imply that prices will decline in the sense of the classic recession because of a decline e in demand. Here we have inflation caused by the first COVID lockdowns that have been accelerated by removing Russia from SWIFT and sanctions that are causing further shortages. This suggests that we will see rising prices in basic areas of food and energy, absorbing disposable income from other areas. Hence, we get the recession as these shortages consume a greater proportion of net disposable income. Most will attribute the decline in real estate will unfold because of rising interest rates which is not the case – it is always more than a single factor.