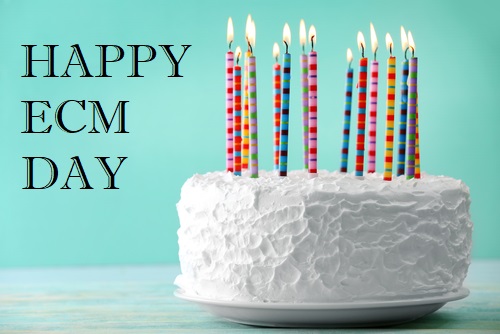 The Economic Confidence Model has marked specific highs and lows in markets to the very day at times depending upon the shifts in capital flows. Why has the business cycle been masked in complexity that has prevented many from comprehending how it functions? I believe this is the result of the average person always attempts to reduce everything to a single cause and effect. What they fail to grasp is the level of complexity involved which incorporates weather, war, innovation, population changes, the migration of people and economies over the face of the earth.

Many people who are against cycles fail to even comprehend that the rise and fall of civilizations have followed the business cycle itself for thousands of years. We are not all-powerful and cannot by our sheer will create a utopia and a perfect future.

The financial capital of the world has migrated which is why all empires, nations, and city-states are buried in a common grave. We all may believe that we are the exception to history, but human nature ensures that corruption will always rise and defeat the best-laid plans of any group.

Even the 911 famous attack on the World Trade Center took place on the specific turning point in 2001.695 to the very day. Not all wars begin precisely on this model, it may reflect when the combination of trends forms to create the decision to go to war which may predate the event by months or years. It is difficult to determine that instant of a decision, but clearly war unfolds as the result of some trend set in motion previously.

The very day that Greece applied to the IMF beginning the European debt crisis took place on a precise day in the ECM. This was the very same position one which the 911 attack took place which resulted in not only the invasion of Iraq, but it altered our way of life forever having to be X-rayed to get on a plane. 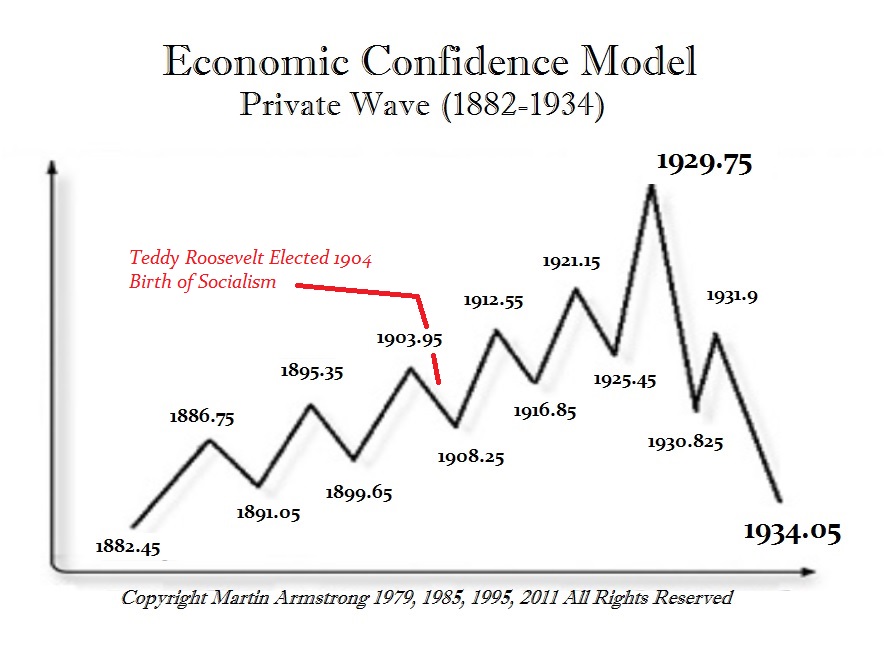 The turning point in 1934.05 marked the confiscation of gold whereas the 1985 turning point marked the birth of the G5 and the organized attempt to manipulate the dollar lower. We have the last three waves of that 51.6-year sequences mark the new adoption of socialism following Karl Marx in the USA. This was the beginning of the “progressive” movement which led to the birth of the income tax by 1913. 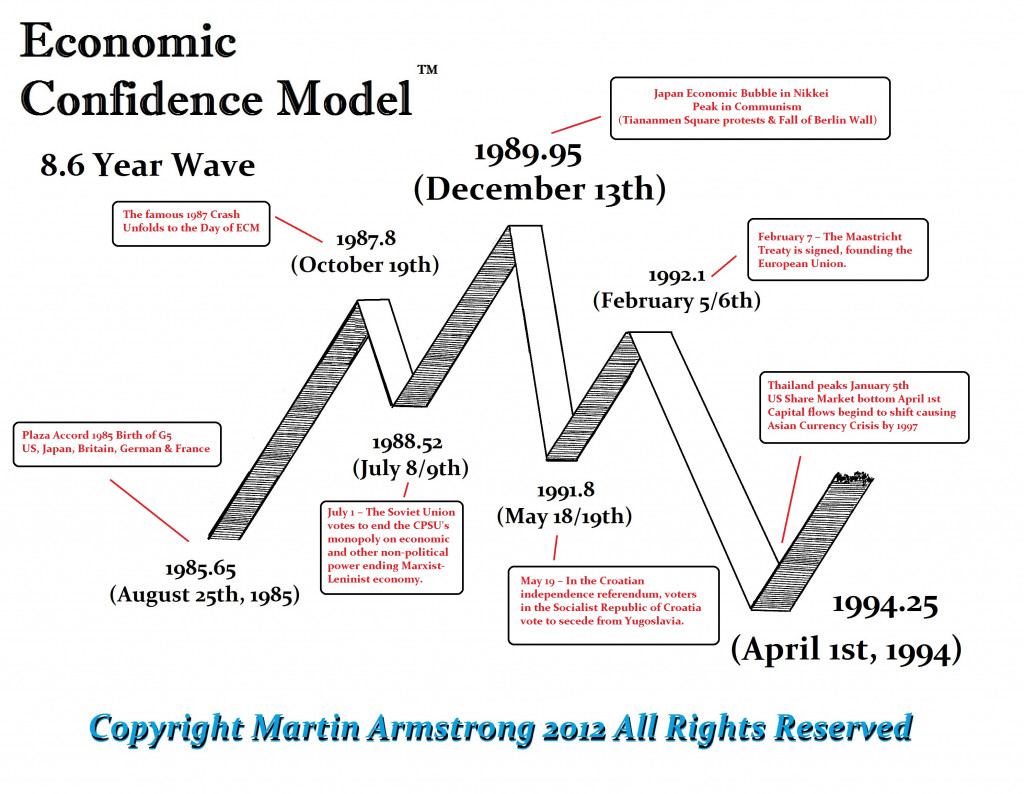 For example, the Economic Confidence Model also marked the very day of the high on July 20th, 1998 in the US share market from which the Long-Term Capital Management crash began in September. The 1987 turning point picked the very day of the crash and confirmed the low and the capital flow shift which resulted in selling US assets repatriating cash to Japan creating the Bubble on the peak of that wave in 1989.95.

However, sometimes these turning points have been the opposite whereas the geopolitical or economic event comes first and the markets respond secondly to those events in the aftermath. 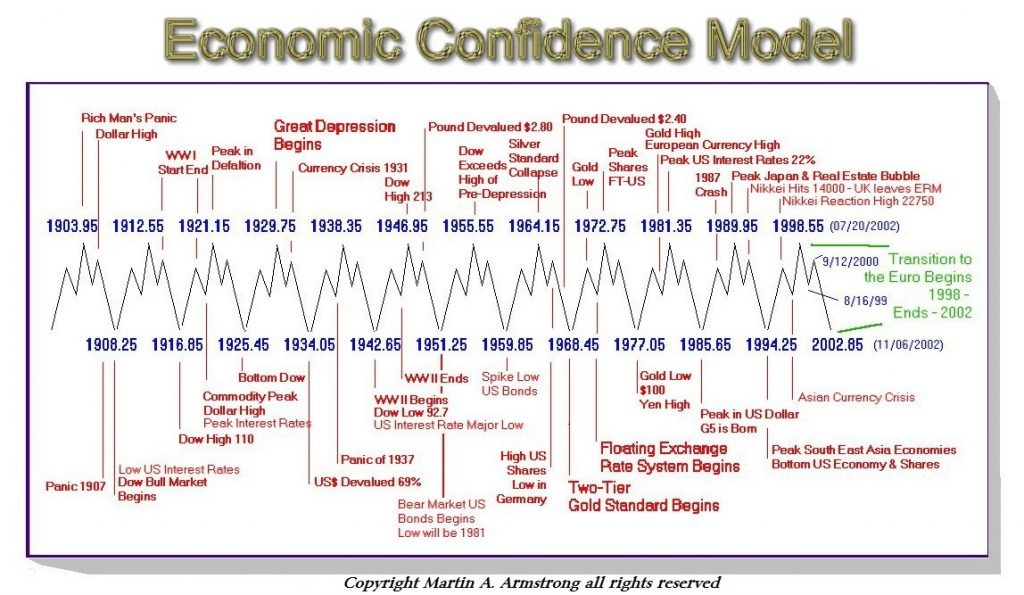 There have been many events both economically and geopolitically which have aligned with the Economic Confidence Model. There are people who just hate it and try desperately to dismiss this model out of hand because it confirms that any attempt to manipulate the economy by socialists will always fail.

Anyone who attempts to argue against the existence of any business cycle is typically someone who supports the government against the people in true Marxist fashion. Even Paul Volcker’s rare book from 1977 entitled The Rediscovery of the Business Cycle bluntly confirmed that Keynesian economics failed because it was supposed to eliminate recessions and depressions.

While the peak of the wave 2015.75 marked the peak in government and the start of Big Bang, that was certainly reflected by the peak in bond markets and the start of negative interest rates. It marked the very day of Russia troops arriving in Syria which began the refugee crisis into Europe. Merkel’s unilateral decision to allow in the refugees set in motion the rising separatist movements in Europe. The Washington Times wrote on September 10, 2015, “Angela Merkel welcomes refugees to Germany despite rising anti-immigrant movement.” Her decision illustrated that a single leader could alter the course of Europe denying everyone else the right to even vote on her policy.

Then the following year 2016 brought BREXIT and the election of Donald Trump which most people still fail to understand why he was elected. Trump beat all career politicians fulfilling what our model projected back in 1985 that the 2016 election would be the first time a potential third party would take the White House.

We have witnessed the sovereign debt crisis infect states and set in motion the great migration from the highest taxed states to the states with no income taxes like Texas and Florida.

The pension crisis has undermined Illinois and this has spread everywhere. Even in Europe, about 50% of municipalities are in need of bailouts from the federal government. Pensions for government employees have generally been just grants which never required them to contribute anything.

We have witnessed the healthcare costs rise astronomically with Obamacare and Clinton’s handing student to the bankers excluding them from the bankruptcy laws that have devastated the long-term economic prospects as this debt-burdened generation are living with parents into their 30s and are unable to qualify to even buy a home.

Now we head into the bottom of this ECM wave and incredible we see the Trump Impeachment trial begin on the turning point and a constitutional crisis in Russia that will allow Putin to stay in office indefinitely.

We have watched the US stock market rise as the Euro has declined since its 2008 high and capital flows had turned to the dollar.

The questions we must now address are has the stock market reached a temporary high? Will we face the abolishment of money in favor of electronic to prevent bank runs? Will governments seize cryptocurrencies and force the money to be transferred to their own cryptocurrency?

Will climate now turn bittering cold as the next solar cycle which also begins here in 2020 results in food shortages and a rise in commodities?

Welcome to ECM Wave #935. We should expect a very important turning point in 2022 which will market a serious Monetary Crisis. From here on out, the confrontation in government between left and right will intensify and the violence will rise with the rhetoric. Any hope of a responsible government is now extinguished. 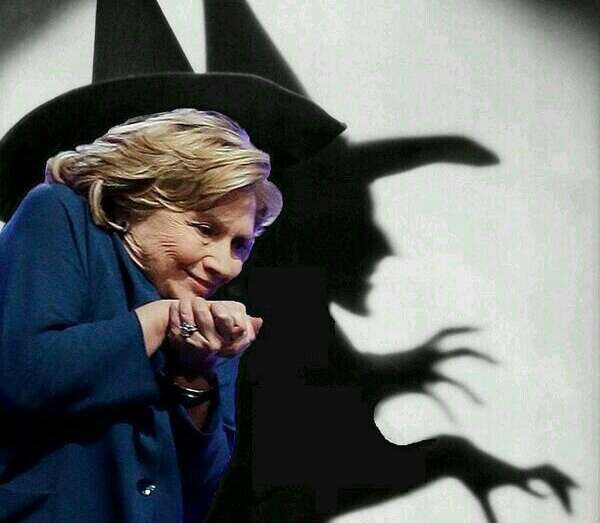 The Democrats are facing the collapse of their party. They know they really cannot beat Trump in a fair election, so they have adopted the policy that if you cannot beat him, impeach him. Yet there may be another conspiracy they are up to behind the curtain, and that is to prolong the Impeachment Trial to force the competition against Biden to remain in the Senate for months. There may be an even darker plot at work involving Hillary.