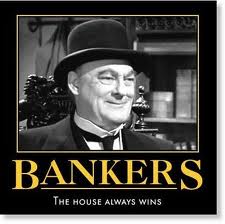 I have to admit that you are right and I was wrong on fractional reserve banking.
Due to the ongoing conflict in what I wanted to believe and what you said would be true, I researched myself. Although I am an accountant I adopted the claims that banks can create money out of thin air.
That is not quite the truth, only insofar as they can create credit but have to pay it out (cash or transfer to another account) from the bank’s own equity capital (deposits are treated as own equity with corresponding liabilties in the balance sheet). If a loan goes bust, the amounts due to customers still exist and the bank’s equity declines by a loss due to a write off.
As you say the problem is the way banks can handle their created credit. The current regulation makes way for moral hazard, as you described as transactional vs. relationship banking. But I think that is also related to the manipulated interest rate and why there is a demand for high yield/ high risk loans.

I think what is still true about fractional reserve banking is that is creates malinvestment and inflates asset prices which ultimately leads to a worse bust than with a higher fractional reserve rate . At least in the extent it is at work at the moment. Interest rates on deposits are so low because banks do not need it for a small fraction is needed to fund their credit operations. That is the reason why there are large excess reserves. Their own rating systems do not qualify borrowers to receive new loans so they just leave on their central banks accounts and pocket the interest on that.

In general the main problem, as you get not tired to point out, is borrowing of governments. As long as government bonds are accepted as collateral this perpetual ordinary people slapping scheme will not end. Too bad that not many people realize how they are being slapped every single day. I consider fractional reserve banking as not crucial in the souvereign debt crisis to come, although there should be discussions about money and how to create it, who controls it, including fractional reserve rates. The whole system is rotten and corrupt.

The reserve ratio is important, no doubt, but the boom and bust cycle changes all the time. Each boom and bust leads to regulation of just that sector, as we will see with draconian mortgage qualifications starting August 1 in the USA. Meanwhile, the boom will simply move to equities. That is the 8.6-year cycle, which is regular but the focus changes with each wave. The government regulates the last cycle each time and fails to comprehend how the business cycle even operates.

Fractional banking is by no means the problem. I am not sure why people are focusing on that aspect. I suspect it begun by banks to deflect attention from their trading and market manipulations by letting people think the devil is the fractional banking. If that were truly the case, there would not be $2.5 trillion in excessive reserves. They would be lending it out.

« The Solution – the ONLY Solution
SOLUTIONS »