Sorting the Nonsense & Prejudices from the Truth of Reality

COMMENT #1: Mr. Armstrong; I want to say thank you so much. I am not sure you are even aware of how right you have been during this entire debacle and I am not referring to just your forecast of the decline in the stock market which saved my future. While everyone was regurgitating the worst scenarios and how this disease was going to kill so many you stood your ground against the world. The conspiracy theories were this was a biological weapon, but you said no. Some claimed the government was hiding how bad it would get and others were predicting we would be segregated into internment camps. You alone said these were exaggerated and that your models showed that the real disease would be in 2022 not now. I read even __ which gathers all the newsletters but interestingly avoids you because you are different and are not a gold bug that they only quote and this doomsday prophecy we were all going to die from a disease. They only aided the panic and never once would report what you had to say proving they too are just fake news.

Your computer has proven to be reliable, dispassionate, and the only such model that has ever been correct on a consistent basis. You deserve more than the Nobel Prize because I question if that is even prestigious enough. They hand it out to like candy and then their accomplishment proves to be fake like Black and Scholes or just political Obama getting the peace prize when he wanted to invade Syria.

The contribution to humanity you try so hard to accomplish is having an impact.

Thank you so much. I cannot express how much of a difference you have made during this entire crisis.

COMMENT #2: Hi Marty
thanks for keeping us informed to whats really happening in the world. You are the only person I actually read and listen to concerning this sham.
You said that the Uk Government has downgraded the threat of the virus. That hasn’t been announced in the UK or in Scotland where I am. Any idea why they are still keeping people in lock down when they know this isnt dangerous at all.
All the best to you
maria

COMMENT #3: Hi Martin, I wanted to share something: this is not socialism coming. It is totalitarianism. What we have had so far is not Capitalism, it’s Cartelism. This is now a bloodless international coup taking place to centralize all power, to reduce the world’s masses to total utter dependency on the global elite technocrats, with a militarized police state protecting the elites from civil unrest. Small businesses are NEVER coming back. Mark my words.
Thank you for all your work!
SP

COMMENT #4 HI Marty
I was aware of the virus downgrade report on the UK Govt health website. It’s been there for about a week. And, if you do a search, there is …… s i l e n c e …. [sound of crickets chirping]….. No major media outlet has reported it.
An email to the BBC, politely asking where they have reported it, remains unanswered.
Power grab coup – all govts being sat on from above.
JF – Liverpool, UK

REPLY: Thank you. I hope one day we can show the world there is a better way to manage our economy instead of trying to manipulate it for political gain. It is interesting why governments are not reversing themselves in like of the bogus studies. This smells like indeed a convenient opportunity for power. Just can’t hand it back now.

Life is a quest for knowledge. When there is nothing left to explore, it is time to die. Being an international adviser and hedge fund manager, I had a front-row seat in the world economy. I have been taught by my clients. I observed that the sum of the whole was indeed made up of the parts. Tracking the movement of money for investment flows showed the ebb and flow of global confidence. While others created indexed based on trade, like the dollar index, I found such presumptions ludicrous. Trade is such a small portion of capital flows that such biases cloud our judgment and blinds us to the trend.

In studying history I came to realize that there was a cycle to innovation as well. I agreed with Schumpeter‘s view of Creative Destruction. I set out to construct a model that was free to explore the world and to return like a dog in a game of go fetch. It proved to me it was making some profound discoveries that people are too prejudiced to ever see.

I appeared with Walter Bressert I believe in 1982 or 1983 on Financial News Network in California which began in 1981 and became CNBC in 1991. I gave the forecast on the British pound that it would fall from $240 to par by 1985. The host turned to Walt and asked about that outrageous forecast. Walt said he would never bet against my computer. 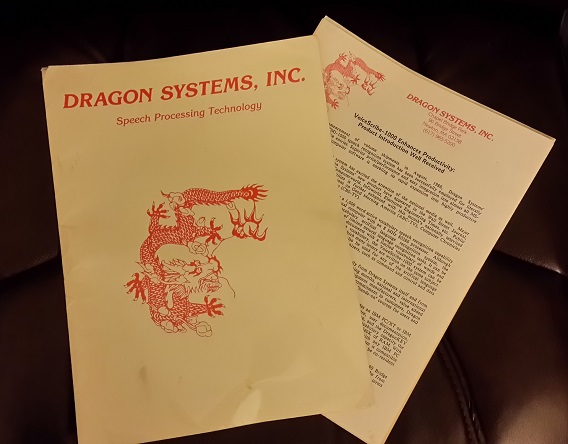 I had to develop speech capability back then just to be able to communicate because it was making what I thought were impossible forecasts. I worked with Dragon Systems in the ’80s when the speech was all hardware. I needed to be able to inquire how it came up with such a forecast as it did on the British pound. For it has also projected that the politics would flip (i.e. Margaret Thatcher) and that the British economy would invert and align more with the USA against continental Europe. That prediction seemed to be really off-the-wall. I inquired: why? 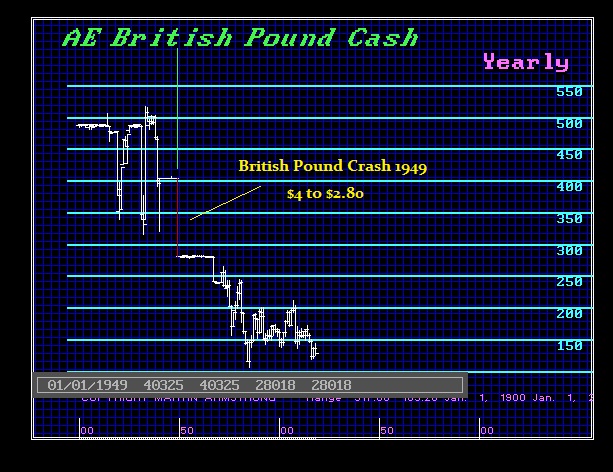 Socrates showed a correlation with the discovery of North Sea Oil. In 1970, British Petroleum made its first discovery of commercial oil in the large Forties Field, although oil was not produced until 1976. By 1974, it was apparent that North Sea oil could provide a massive source of energy, and also revenue. The computer picked up the capital flows and determined that the British economy would align with the United States as it was becoming a commodity-linked economy. 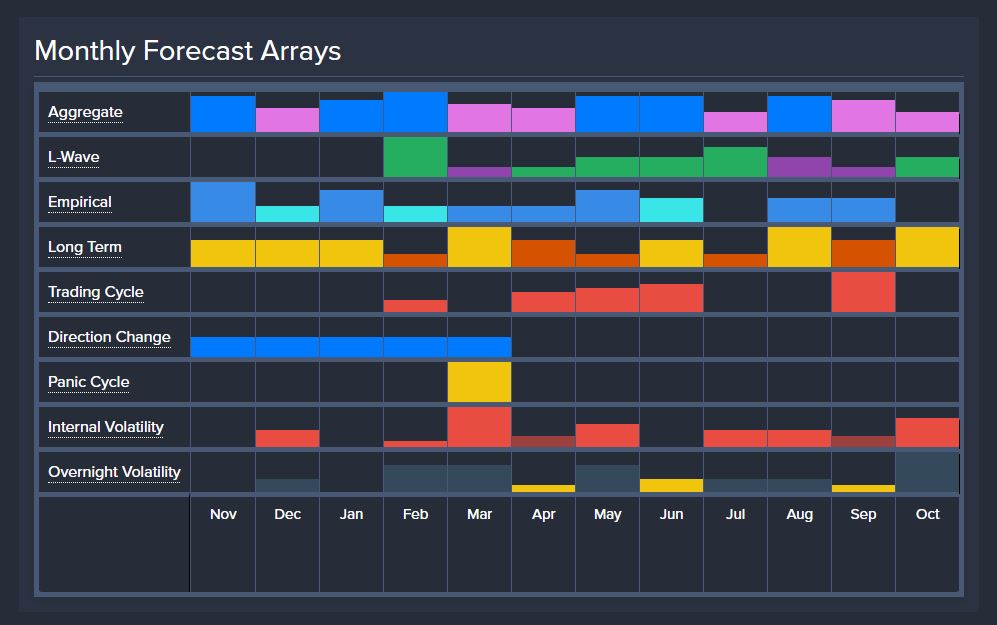 The success of Socrates is entirely based upon the fact that it is NOT dependent upon human assumptions for as this crisis has proven, a faulty assumption produces serious mistakes coming out – Garbage in – Garbage out. You cannot create a model that starts with a human presumption or bias. Create a model that is hard-wired that assumes interest rates up and the stock will crash will never work. That is not a mode, it is a flawed program that just repeats human mistakes and prejudices. 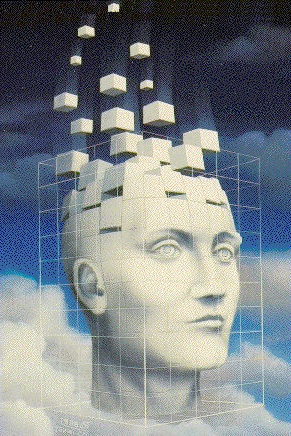 Real Artificial Intelligence is not an expert system where it simply looks up human conclusions. So many pretend to have AI but all they do is simply look up predetermined conclusions. True AI must explore and reason for itself. Only then can we rely upon such computer programs. 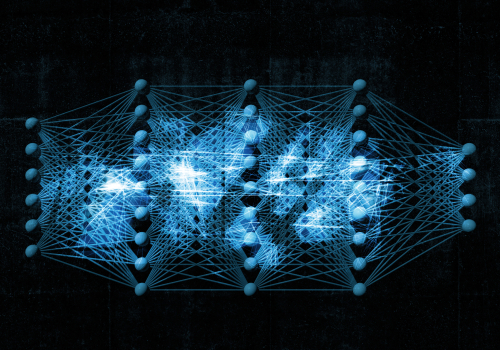 I have never seen any Neural Network accomplish actually work nor any Expert System which is just looking up the answers in a list created by humans. The Neural Network simply tried to mimic the construction of the human brain and assumes that if you throw in enough data it will learn. Even IBM’s Watson failed. Socrates is the ONLY fully functioning Artificial Intelligence system in the world that is monitoring the entire global economy and all its components – PERIOD!

Money cannot buy everything in life. I turned down $500 million for Socrates where it would have just provided analysis for a single user. I rejected the request of the CIA to build a version for the US government. I offered to run any study they asked and was told they “had to own it.”

I do not need money. I suppose because I have had that luxury in life of having a talent to be a trader it has allowed me to be independent. Sure there are people who hate my guts because they cling to old theories like the Austrian-School of Economics and refuse to review the fact that the world economy is not determined by the simple Quantity Theory of Money (QTM). That is what Keynesian Economics is based on and how central banks operate.

This entire QTM is just a fool’s game for they just ignore the fact that China, Japan, and Germany all rose without gold. Under their theory, Russia should be the leading world economy having gold, silver, diamonds, and energy. Their minds are closed and they would persecute anyone who disagreed just as those who rejected the idea that the earth was not flat or that the Wright Brothers could fly even after they were doing it for 2 years preferring to call them frauds.  Heinrich Schliemann who discovered Troy, Mycenae and many other places mentioned in Homer they also called a fraud because he proved they too were wrong. The academics also declared Historia Augusta to be fake because it mentioned Roman emperors they never heard of during the 3rd century. When two gold coins were discovered in Egypt of Saturninus, the book they called a fraud showed it was the academics who were wrong again just as we have witnessed with the virus.

So I believe I am in good company.

The dark side of humanity is the prejudices we harbor. We have to surrender that to the universe and be willing to follow the logic and the facts. Until then, humans are incapable of emotionally evolving. This is why history repeats because the passions of humankind never change through the centuries. Those who are the naysayers will cling to their prejudices and they would love to burn me at the stake as they did to Bruno. I really do not care because I know they will leave nothing behind but the obstruction of knowledge and are incapable of ever having an original thought.