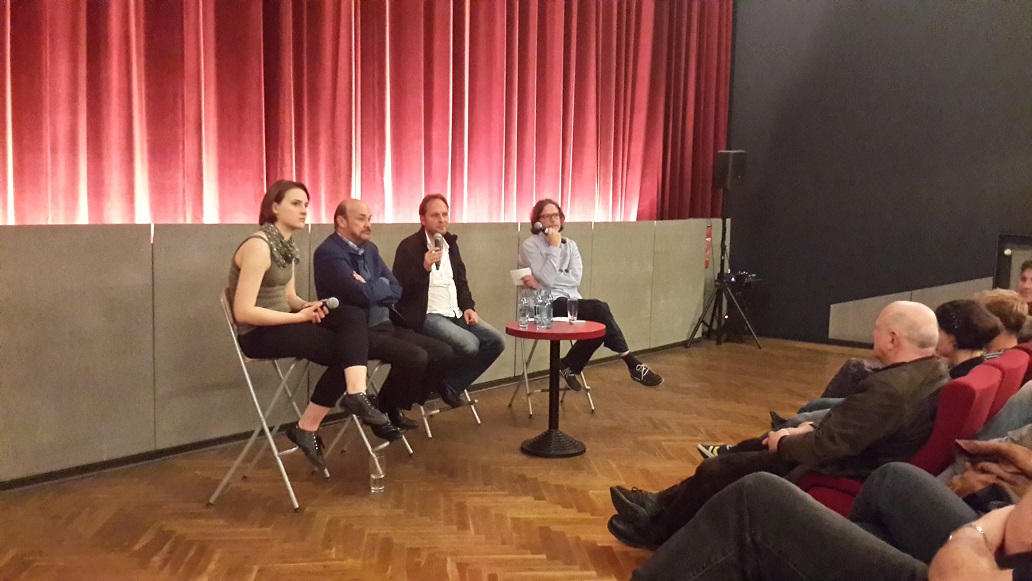 The reception in Europe has been stunning. In Dresden, I was even handed flowers. The Q&A went for more than 2 hours after watching the film. The interesting aspect is how outside the United States the people are much more aware that there is a huge problem. They tend to not grasp that the debt is the problem this time, and just using the word “crash” automatically invokes visions of the stock market rather than government. Yet, the film is sold out everywhere.

The best way to explain the crisis in the euro that is tearing Europe apart at the seams is the blunt fact that politicians do not understand CURRENCY. The downfall of lawyers running everything is that they assume if they merely write a law that ends the problem. The Swiss/euro peg failed precisely because of this attitude. When people think I am an amazing forecaster to have stood up in Berlin and said the peg would go, I merely explain that to the contrary, pegs have NEVER worked, not even once, no less fixed exchange rates. So just playing the odds would be on my side even if I did not have a computer. This is the downside of lawyers. They assume a law can prevent the free market forces. Sorry – they ALWAYS lose.

Eastern Europe is in turmoil because the bankers sold Swiss loans to everyone as a means to save interest. They failed to advise the people there was a huge currency risk. The Euro Crisis is the very same problem. They created a single currency but failed to consolidate the debts. As the euro rose from $0.80 cents to $1.60, just like a borrower in Swiss, they now had to pay twice as much back. That led to the collapse of Southern Europe and this insane austerity policy only supports the bondholders. Demanding someone pay back twice what they borrowed is going way too far. Even Julius Caesar realized that was unfair and created the Roman Civil War.

The politicians are lawyers so they did not understand currency, and then they created a huge central government in Brussels that is dependent entirely upon the survival of the euro. They will defend the currency to save their jobs at the expense of the entire European economy. This is wildly insane. If you ask someone in Europe what they are, they respond German, French, Dutch etc. They do not respond – European. That symbolizes that the idea of the euro failed. It did not create the United States of Europe and trying to force that will upon the people is cruel and unusual punishment in addition to unsound economics. 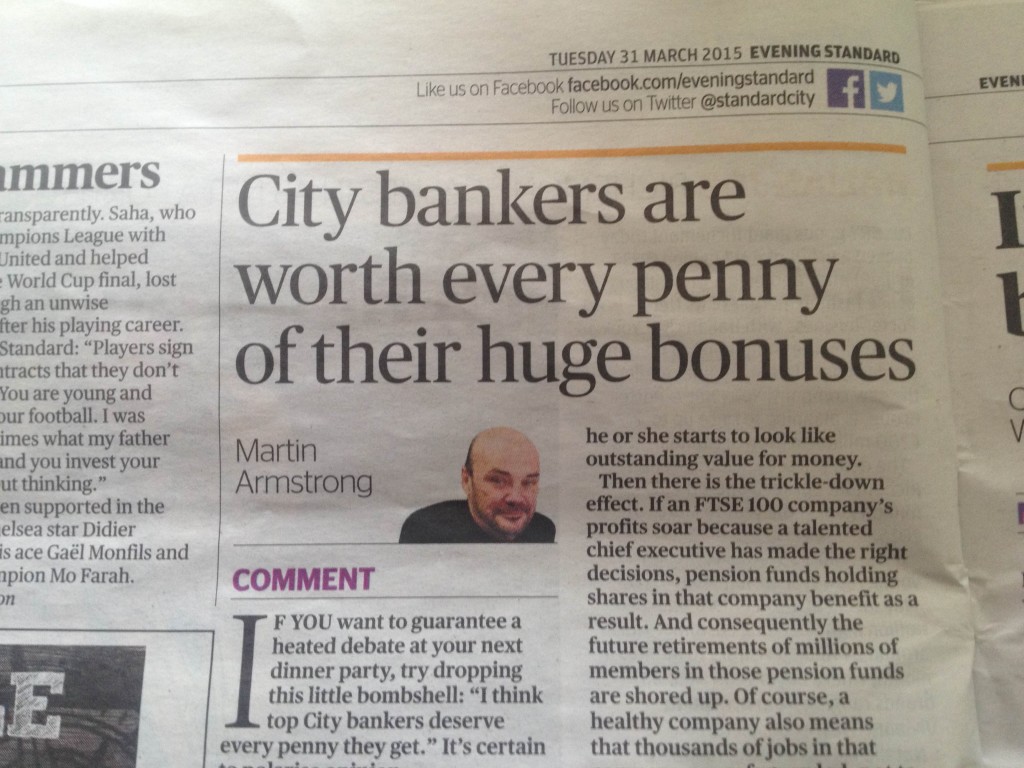 The film the “The Forecaster” is being shown to sold out audiences everywhere, with the exception of the United States and one other place – Switzerland. In the other banking center, London, where curiously the Evening Standard ran an article the day of the opening of the film, saying “City Bankers Are Worth Every Penny of their Huge Bonuses” using my picture, yet talking about a headhunter in London named Martin Armstrong, reflects the support of bankers and not the people. Interesting coincidence, but the three places with the most resistance by the press is the USA, London, and Switzerland. That certainly lines up with the main banking centers. And we are supposed to have honest free press? Not sure how they justify this one, but it illustrates the problem. How can we get reform when even the mainstream media endorses the banks and government?

The questions from all the audiences around Europe have been enlightening, for it reflects what the sentiment really is out there. It is by no means what we read in the mainstream press. I will be attending sessions in Poland, Spain, Italy, Netherlands, and Romania.

« Reception in Germany is Amazing
Warsaw »