Understanding How Free Trade is Circumvented 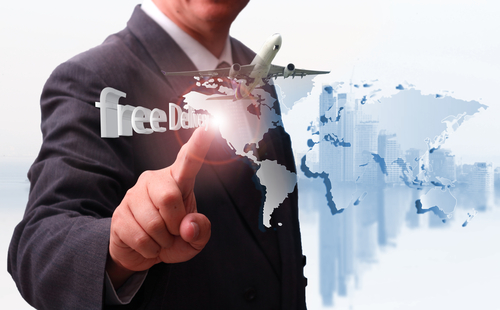 QUESTION: Hi Martin,
I just read your blog on the new NAFTA. One important point that you missed is the control the new agreement gives to the US over Canada in it’s trade deals it makes with other countries, (China being the target) The US gets to review all deals before they are signed and give their blessing or veto them if they feel they are not in the US best interest. Canada has to do what the US says or they risk being cut out of the new NAFTA. Basically, Canada has signed over its rights as a country to deal with other countries without the US’s blessing.
You have mentioned on many occasions to be prepared or positioned for the up and coming world events that will destroy people’s wealth. Will you be giving some insight or specifics as how to prepare? The time feels like it is nearing and I for one don’t feel prepared.

Thanks to you and your team for all the efforts and information that you share with us, little people.
C

ANSWER: The terms of this new trade agreement does include a veto clause. But it is not as sinister as you may suspect. In the world of hackers, you reroute your traffic through various different countries so it cannot be traced definitively to the sources despite what the Democrats, NSA, and CIA all say about Russian hacking.

Trade is exactly the same problem. China could circumvent a trade deal with the USA by offering a bribe to Canada, and then Canda becomes the importer to circumvent the trade deals with China. This is the whole problem with trade and it stems from the same complexity that I warned the Fed’s buying in of US Treasury bonds to “stimulate” the economy would NOT create inflation. The “assumption” was that ALL BONDS were owned by Americans. But when up to 40% of such bonds are held outside the USA, the “stimulation” becomes exported.

The European Central Bank has maintained its stupid Quantitative Easing with no luck for 10 years. We have major banking clients in Europe. Some moved money to their IS branch and then deposited the cash in the Fed’s excess reserves. Others have now called us in because they ran off any bought Emerging Market Debt, particularly Turkey, to compensate for domestic losses in real estate loans that remain unperforming. Borders mean nothing and then you introduce trade negotiations and traditional politicians are completely lost.

Trump is a real live businessman. He understands that much about how to play the international markets. This new clause was a reflection of reality. It is not turning Canada into a subservient vassal country. As long as we are going to have something LESS THAN Free Trade because every country wants to protect its own special interests, then we have to have such clauses to prevent others from exploiting a trade agreement between two countries.