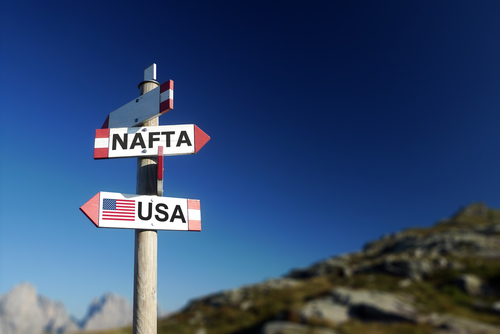 QUESTION: Mr. Armstrong; Do you agree with Trump that if he canceled NAFTA, the United States would be better off?

ANSWER: Ironically – YES from a jobs perspective, not the consumer. What you have to understand is that these trade deals are all nonsense. They are NOT Free Trade in the least. They are compromises so politicians can pretend they have accomplished something.

Take the deal with Europe. France’s position was that nothing can be called “Champagne” unless it comes from that region in France. Every trade negotiation is a compromise that maintains protectionism. In that regard, if Trump actually canceled NAFTA, his boast that the US would be better off is meant that all products would then be subjected to tariffs and all of the American industry would be protected.

Now, that said, this view is that of the worker – not the consumer. All of these trade negotiations are one-sided. They are always focused only on jobs and not producing the best price for the consumer which in turn raises our standard of living. I have never encountered even one politician who has EVER defended the consumer in trade deals. This violates the principle of Comparative Advantage put forth by David Ricardo. It’s true that Saudi Arabia could grow lettuce but the cost of irrigation in the desert would make the cost 10 times more than simply buying it from Europe or North America. It would cost the consumer far more to simply grow that product in the desert than importing so it is best to buy it elsewhere and focus on your productive capacity in which you have some comparative advantage over others.