AUSTRALIA – Queensland senator demands to know why WEF penetration of cabinets around the world hasn’t triggered a national security alert.

It’s clear to see the coordination of nations as they roll out The Great Reset.

The one no one voted for!

Klaus Schwab has publicly boasted about infiltrating government cabinets around the world. His plans for the Great Reset are public information that anyone can access. The World Economic Forum (WEF) molds its Young Leaders as they see fit and strategically places them in positions of power throughout every global agency and government. The agenda has never been a mystery, as Schwab states his intentions on his website, in books, and in every interview. His ideas seem so outlandish to the average person that they have been dismissed as merely a conspiracy, with Schwab being seen as an eccentric billionaire who wants to better the world.

Senator Malcolm Roberts from Queensland is now demanding answers. Schwab’s growing infiltration of government should have triggered a National Security Alert, Roberts said. No one voted for Schwab or the WEF to lead them. “Parliament belongs to no one but the Australian people,” Roberts firmly stated.

Roberts has been speaking out against the WEF for some time. If the Great Reset is a conspiracy theory, why are governments following the WEF’s policies? “The Global Identity Project is designed to shift the global economy away from private ownership and into what the WEF calls an “access model” where you own nothing but rent goods and services from the world’s billionaires and billionaire corporations,” Roberts explained earlier in the year. He warned that they are using “sustainability” as a lie to turn the public into slaves who have no power over their government and will create a closed-loop economy.

Schwab and his WEF are indeed a threat to national security across the globe. Who are they paying, and how has he successfully infiltrated governments across the world? Leaders like Trudeau, who blatantly follow Schwab’s advice, are not fit to lead and should be investigated for their part in destroying the world economy to Build [it] Back Better. 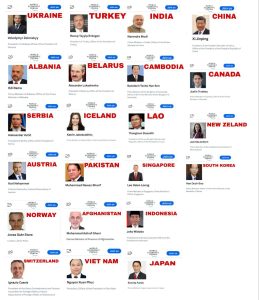 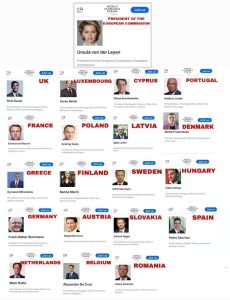