QUESTION: Mr. Armstrong; I am new to your blog but I’m here because your reputation precedes you. I was told unlike everyone else commenting on the World Economic Forum, even Nigel Farage said you were the alternative to Davos. My question is this. Why has the WEF been so influential with all of these governments? Is there a common link?

ANSWER: Schwab’s philosophy and what he has been preaching is that we can construct the future, which was the same concept of Karl Marx. He does not believe in nature, but believes in global warming as we are always the cause. This is an inherent problem with many academics in economics. They think they can regulate the economy to create nirvana. 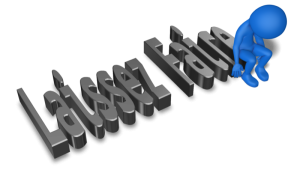 The reason economists since Marx have rebelled against laissez-faire economics is because they believe that they should not be just observers. They want to tinker with the world. Just before his death in 1946, John Maynard Keynes told Henry Clay, a professor of social economics and adviser to the Bank of England that he hoped that Adam Smith’s “invisible hand” would help Britain out of the economic hole it is in. “I find myself more and more relying for a solution of our problems on the invisible hand which I tried to eject from economic thinking twenty years ago.” Keynes came to see he was wrong before he died, but this is the sad lesson that all economists must face one day. The economy is like a rainforest that is so complicated that it is not simply about planting a bunch of trees. So many species have evolved and they are all interconnected. 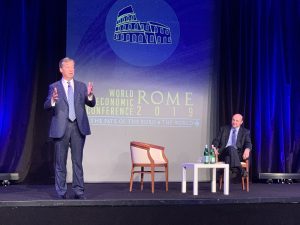 Nigel Farage came and spoke at our 2019 World Economic Conference and said that we were the alternative to Davos. Effectively, I see the economy more as a physicist where I observe how it works rather than a Marxist declaring how it should work. That is why our WEC has been the alternative to the WEF. There must always be polar opposites. I do not believe we can “construct” the future. Our greatest problems have always been our own stupid attempts to manage the future. Each attempt inevitably ends up being in the self-interest of politicians to retain power at the expense of the real future. That is what this Great Reset is all about and Schwab is a classic CONTROL FREAK who is pushing to control the entire world because the reason Marx failed was not that his ideas were wrong, but that he only had China and Russia.