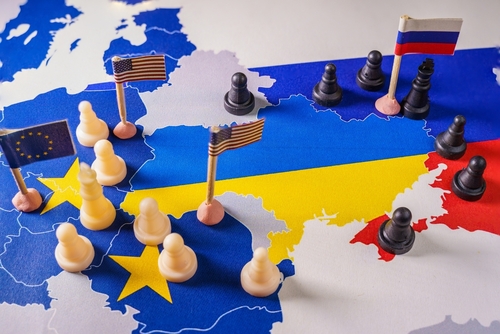 I have been warning the West should not mess with Putin. It is so obvious that the West has made the same fatal mistake as that of Rome. It has weakened its economy with COVID and it is so obsessed with trying to force Russia and China to comply with their Climate Change directives set out by the UN, that they have lost sight of the fact that there is no qualified leadership in any of the major countries and they have weakened their entire military establishment demanding vaccines or you are out. 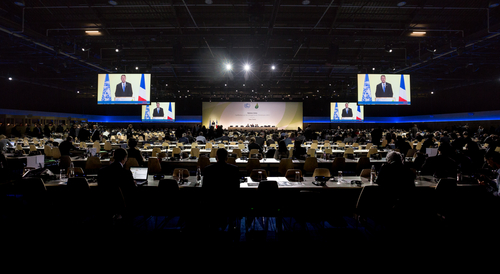 Even during the debate between Biden and Trump, he actually admitted he would stop Fracking on Federal Land, and said he was going to end the oil industry in addition to joining the UN’s Paris accord “to force China to comply” which confirms everything I have been getting from sources that the Globalists needed to remove Trump to use American power against China and Russia. Now here we are and make no mistake about it – this is all for climate change.

If there was ever a PERFECT time for World War III – this is it. 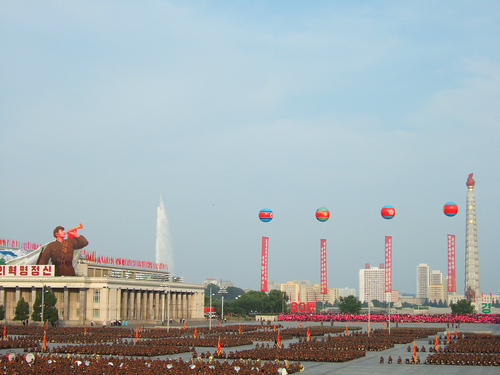 I have been warning that if China and Russia combined, the West will be defeated. Reliable sources have confirmed that China has entered into a “friendly” relationship with North Korea for mutual benefit. North Korea has one of the largest armies since 2018 it stands at 1,469,000.00. North Korea has been also demonized by the West so they too have a grudge match that has never been settled. With rising shortages of food, the North has never been the breadbasket of Korea and that also provides an incentive to join a triumvirate against the West with Russia and China. Cyclically, North Korea could even start its aggression by January 2023 at the latest.

Additionally, Putin has just dramatically just upped the stakes ordering Russian nuclear deterrent forces put on high alert today because of the boasting of the West and the “aggressive statements” by leading NATO powers. Lost in all of this is the fact that Putin has also made a direct threat to Europe that if Sweden and Finland join NATO there will be “detrimental military and political consequences.” Sweden has closed its air space to all Russian flights.

Putin is playing chess while the rest of the world was playing checkers. When America wages war, they seek to destroy all the infrastructure, take down the power grid, and destroy the water supply. US troops then move in as more of a mop-up operation. The West is judging Putin by the same way the US wages war and they are so wrong. Putin is not using that strategy of a video game for he wants to take Ukraine intact for it also has the richest land in the world for food production – hence Stalin stole all the food and killed 7 million by starvation.

Putin is NOT backing away from resistance, he is encircling it the classic way war is traditionally fought – you laid “siege” to the city by surrounding it, and starvation forces their surrender. That often takes time, but you then have the city and the people. You do not raze it to the ground and kill everyone. Anyone who has studied ancient war strategies should see what Putin is doing and the Western press is either deliberately putting out propaganda, or they are complete idiots.

Putin seeks to install a new government with minimal casualties to civilians. Every dead civilian creates a blood enemy of their survivors. But the US way means it then costs billions in aid to rebuild what they destroyed – i.e. Iraq. Putin is NOT using that strategy and the Western press is judging him by American standards of destroying everything and winning in a few days.

Putin is not seeking to destroy the Ukrainian Army. He wants to capture it and once a new government is installed, they will then become allies. This is the very strategy of Alexander the Great. He conquered the known world, but those who were once his enemy joined his army. In Babylon, he defeated Darius III but he left the infrastructure intact and he installed Persian satraps  (governors) who poured what would have been Darius’s taxes into Alexander’s coffers. This is the strategy of Putin – not to obliterate his enemy and then pour billions in to restore it. Putin has wiped out the air force and owns the skies over Ukraine. He could annihilate the country in less than 3 days, but he is not doing that to the West’s befuddlement.

Moreover, the real concern is that Putin has NOT sent in his hard-core troops. Only about 30% of the troops on the border were sent into Ukraine. The majority of the troops are there to take Europe if they are foolish enough to walk into this mess. Putin is obviously playing chess and he is very good at it while Biden has to change his diapers. Putin’s reputation until this moment has always been as a shrewd ex-KGB man. He understood the Obama game of putting a pipeline through Syria to cut off Russian gas to Europe. He moved decisively into Syria and then escalated forces there shutting down Obama’s strategy. Assad refused it and this has been the entire pretend reason why the Obama Administration wanted to invade Syria. The reason for the refusal was to protect the interests of Assad’s long-time ally, Russia, which is Europe’s biggest natural gas supplier based upon all the data.

Clearly, Obama has targeted Russia from the outset. There was a meeting between Obama and Putin at the United Nations where Putin tried to get Obama to side with Syria against ISIS. Obama rejected the proposal. So when Russian forces entered Syria on the ECM turning point to the day, it was an ominous event. Russia was not only backing the Assad regime, but it was also backing the Iranian pipeline.

However, Ukraine has also been used as a pawn against Putin just as NATO has constantly moved eastward ever closer to Russia. Kyiv has been so corrupt that few are willing to blame anyone other than Putin. Ukraine has failed as a pawn and despite promises the US would support it, it did not send military troops. More broadly, the use of Ukraine has been at the expense of the European security architecture that America spent 75 years building and maintaining. Why do you think Putin has now put his defensive nukes on standby?

Zelensky has been handing our AK47s to civilians. Zelensky is telling residents to make Molotov cocktails and firebombs to help fight back in Kyiv as Russian forces close in on the capital city. This is insane and he clearly wants to use dead civilians for dramatic footage. This is outrageous for civilians who are not trained with such weapons and would then be easily killed by professional soldiers. Putin is fully aware of what Zelensky is doing and he somehow hopes that dramatic footage will force Europe and America to send in troops.

Additionally, Zelensky has done what Sadam Husein was doing. Putting heavy weapons surrounded by civilians. This is also intended to ensure that as many civilians are killed once more to paint the Russians as evil. Putin knows this and so far he has adopted the siege strategy. The internet is NOT down in Ukraine. We have people there and I personally have friends in Kyiv. 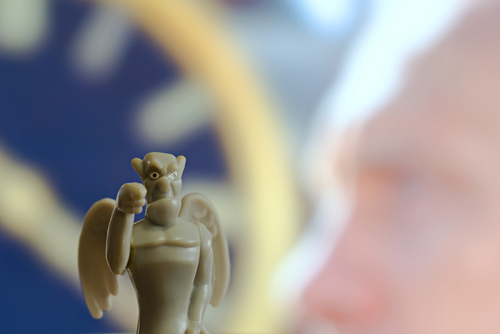 So while the Western Press is demonizing Putun and Russians, they are indeed just playing checkers and are not opening their eyes. Just as Sparta attacked Athens and turned to the Great enemy Persia for support, Putin has the backing of China and nobody seems to be bothered by the sudden turn of China to embrace North Korea. Hello! Our press is so corrupt that they cannot see past their nose. There is something much larger in play here and they better wake up.

We are preparing a Special Report on the view of our computer with repect to war and how it is unfolding globally. We will let everyone know when it is ready next week.