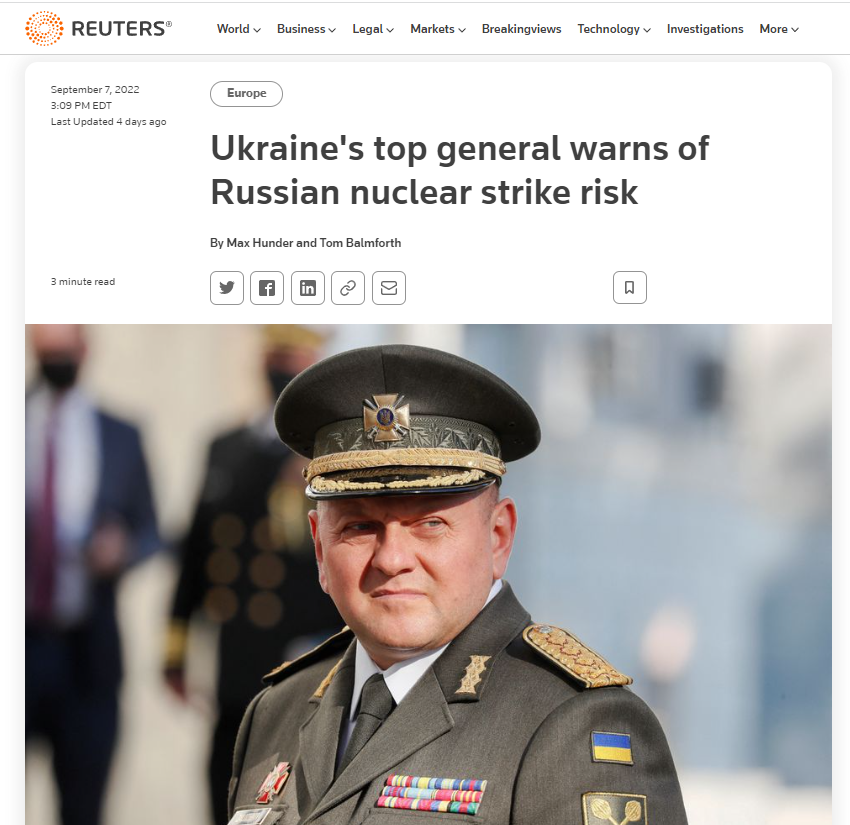 QUESTION: Reuters is now saying that the Ukrainian general says Russia will use tactical nukes. What do you see as the risk?

ANSWER: You would think that someone would back down if this is the view. All my sources warn that if Putin is overthrown, the risk rises exponentially. All the bullshit being put out by the press is mindblowing to me. Putin was selected by Yeltsin when he was being blackmailed by the oligarchs in July 1999 and the hardline Communists were moving to impeach Yeltsin to take control and return Russia to the USSR. Putin stood between the two and Yeltsin’s last words to him were “take care of Russia.”

The hardliners are there still and they are criticizing Putin for being “too soft” and he should have moved to take all of Ukraine, not just the Donbas. Remove Putin and we will see nukes fly and I am more concerned about that next year. These sanctions have demonized ALL RUSSIANS, not just Putin. There is no way we are ever going to put the world back to the way it was.

My only hope is that if enough people understand the REAL truth, then perhaps we can put pressure on our own political states to think twice about what they are doing. They have polarized the work and there is now ZERO chance of world peace unfolding in the years ahead. Someone has to shake these world leaders until they wake up! Every one wants war.

“There is no avoiding war; it can only be postponed to the advantage of others.”

The West is using Ukraine to weaken Russia, and then they think they can win.

« Is Russia Losing?
Ukraine Carrying out Assassinations in Moscow »