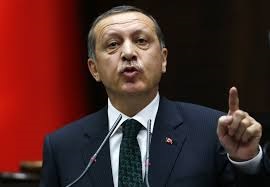 Erdogan invaded Syria yesterday on August 24th, 2016. While he is claiming that he was invading to create a Euphrates Shield retaking areas held by the Islamic State, he is really attempting to invade against both the Kurdish independence, as well as Syria itself. We warned that August is the time for war. Erdogan is interested in restoring the lost power of the Ottoman Empire. We should pay attention to this move for it is really against Syria, which historically has always been the hotbed for war for thousands of years. This is even where Valerian I was captured in 260AD bringing the collapse of the Roman Empire during the 3rd century.

Russia invaded on behalf of Syria precisely on the turning point in the ECM 2015.75. This invasion was 2016.646 also shows that Syria is a key focal point for this cycle of war.