The Markets & the Solution

The talks between Ukraine and Russia did not agree on a ceasefire but did agree to create safe corridors for civilians to evacuate. Both sides are clearly at fault here and it is hard to see why there is no settlement to a ceasefire. Agree to a democratic resolution and allow the people of Donbas to vote and monitor it. Both sides should just agree to accept the vote and end this nightmare. There are too many civilian lives disrupted and I do not think that they have had a voice in this dispute. My discussion with some Ukrainian friends feels that they have become mere pawns in a chess game between the West and Russia. Meanwhile, Zelensky claims he foiled three assassination attempts by Putin.

I have friends who have now fled to Germany from Kyiv. There are reports that over 700,000 have fled.  Their lives have been completely upended and Zelensky has made decisions that do not appear to be taking into account the desires of the people. Some think they have had no say in this matter and others wonder if Zelensky thought he would get military support without understanding the real dynamics. Others just say Putin is a madman and that forecloses any negotiation.

As I have said, this is not a war that Putin can afford to lose. Such a loss would be devastating for Russia politically and at that point faced with the collapse of Russia then nuclear tactical weapons become possible. It is now clear that China asked Putin to delay any invasion until after the Olympics. Some fools think we should just rush in and confront Putin. They paint all Russians with the same brush which is like taking Biden and saying all Americans are the same as him.

My deepest concerns here are that we are headed into a global war and both sides in all wars always think they wear the white hats. The real risk here is Russia does not stand alone. If the West rushes in, it will be confronted by Russia, China, North Korea, Iran, and others. Calling Putin a madman may feel good, but it blinds one to the connections. A settlement here is imperative or this is going to spiral out of control. Already Europe’s largest nuclear power plant is in Ukraine and it is now on fire and captured. The Chernobyl nuclear crisis when that melted down belonged to the Soviet Union, but that was also in Ukraine. On top of all of this, about 30% of the Wheat supply comes from Ukraine and Russia so food prices will escalate even higher.

We need a peacemaker to broker a deal here and I cannot believe that Zelensky has any clue what he is doing and he is just taking orders from someone behind the curtain. With time, that too will surface. Those just saying Putin is a madman means no negotiation and they better take a look around the globe as to what will really emerge here on many fronts. There are no right and wrongs here. Both sides are obstinant and are responsible for the total breakdown of peaceful communication and mutual respect. 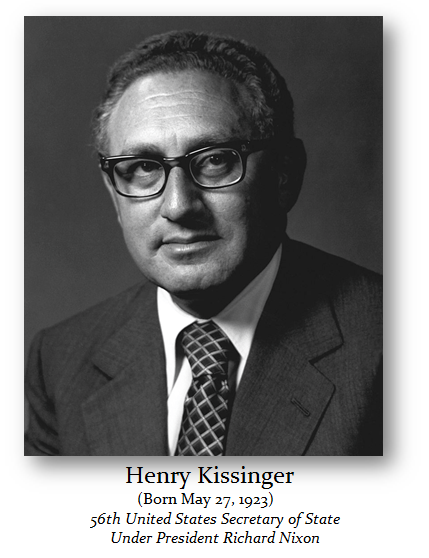 As Henry Kissinger said in the Washington Post on March 14, 2014 – “The demonization of Vladimir Putin is not a policy. It is an alibi for not having one.” It has only foreclosed negotiation. I believe Henry is the most qualified geopolitical analyst of his lifetime.

I can only see one reasonable solution and that does not include sending in storm troopers with lightsabers because you hate Putin. Let us state the obvious. Ukraine cannot defeat Russia. This is a losing battle. So let us take a deep breath and look at the real facts that control this dispute and stop the propaganda and rhetoric. I am sure someone can read this and start negotiations without me hopping on a plane.

The history here is lost in all the hatred and demonization. When the Soviet Union broke up, Ukraine had more nuclear weapons than China and was the third-biggest nuclear power in the world. People forget that interesting point. The Budapest Agreement required that Ukraine would give up its nuclear weapons provided both Russia and the U.S. agreed not to invade Ukraine. Yes, Putin has actually violated this agreement. That could be a negotiating point that would justify NATO entering the war.

Now the primary sticking point is that Putin does not want Ukraine to join NATO and would eventually become a nuclear power against Russia. That would mean a violation of the Budapest Agreement by the West. Therefore, Ukraine MUST remain neutral at all costs. The solution is that Ukraine doesn’t join NATO and they acknowledge that would violate the Budapest Agreement. This would satisfy Putin’s main concern. This gives Putin a victory and a way out of this confrontation. There MUST be an exit strategy just the same in trading. Everyone is simply honoring the Budapest Agreement which perhaps Zelensky is unaware of and his advisers have probably withheld that information from him. Europe in turn grants Ukraine EU membership which would be freedom to travel for its people – a huge win for the people of Ukraine, not including the separatist regions of Donbas and Crimea.

The other point will be that Ukraine MUST renounce any claim to Crimea. As I have said before, Crimea was historically part of Russia, not Ukraine, and the people there are Russian. Ukraine can claim that it put in infrastructure and thus it should be compensated for those expenses. Let the Donbas vote under international monitoring but Ukraine has downgraded them to second-class citizens anyhow by enacting the language law outlawing the officially Russian language. I believe the Budapest Agreement MUST be honored and end this nonsense of Ukraine joining NATO. That would violate all the agreements reached with the fall of the Soviet Union.

The world economy is right on the edge. Looking at Gold and the Dow we see that both are hovering around critical levels that will decide their fate going forward. Remember. Without negotiation, in war, both sides see that they are right. There is never any wrong. So Henry Kissinger said: “The demonization of Vladimir Putin is not a policy. It is an alibi for not having one.” To end this, we need an acceptable exit strategy for both sides. Otherwise, WWIII is upon us now. This is not some football game where we can just defeat Putin. That stupidity for a solution will only engulf the entire world. We must understand the real threat here for devastation is not a victory.