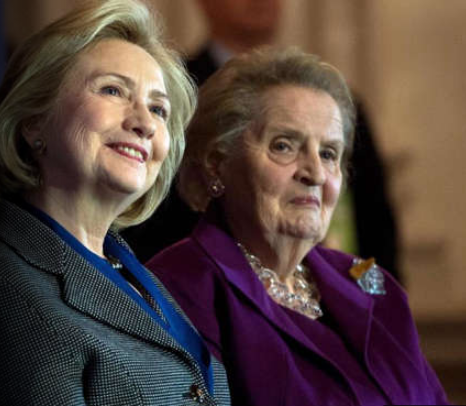 COMMENT #1: Hi Mr. Armstrong,
I hope you are doing well.
Talking about Neocons, as a boy, 12 years old, I’ve survived the Yugoslavia bombing by NATO 1999 and Madeleine Albright was one of the biggest influencers to attack Yugoslavia where many civilians died. She died on the same date when they decided to attack Yugoslavia 23 years ago. I guess cycles are everywhere.
Thanks for all that you do.
Best regards,
M

COMMENT #2: The US killed countless civilians in Yugoslavia. We will never for get that.

REPLY: Madeleine Albright I met once and the feeling I got was one of a deep seated coldness. She, along with Hillary, were Neocons, which are NOT the Deep State which tends to be the agencies who are more focused on domestic power. The Neocons cannot sleep at night worrying about international enemies who must be defeated. Albright would conjure up hatred for a leader to justify attacking them with no regard for all the other people who die in such conflicts.

Former Secretary of State Madeleine Albright introduced Hillary Clinton at an event in New Hampshire, telling the crowd and voters in general: “There’s a special place in hell for women who don’t help each other!” President Bill Clinton named Albright the U.S. ambassador to the United Nations shortly after he was inaugurated in 1993.

Albright was true to her convictions that were immovable and she never had a problem waging war. Some would say she was more ruthless than any man just so she could climb that latter of equality. I think that certainly applies to Hillary.