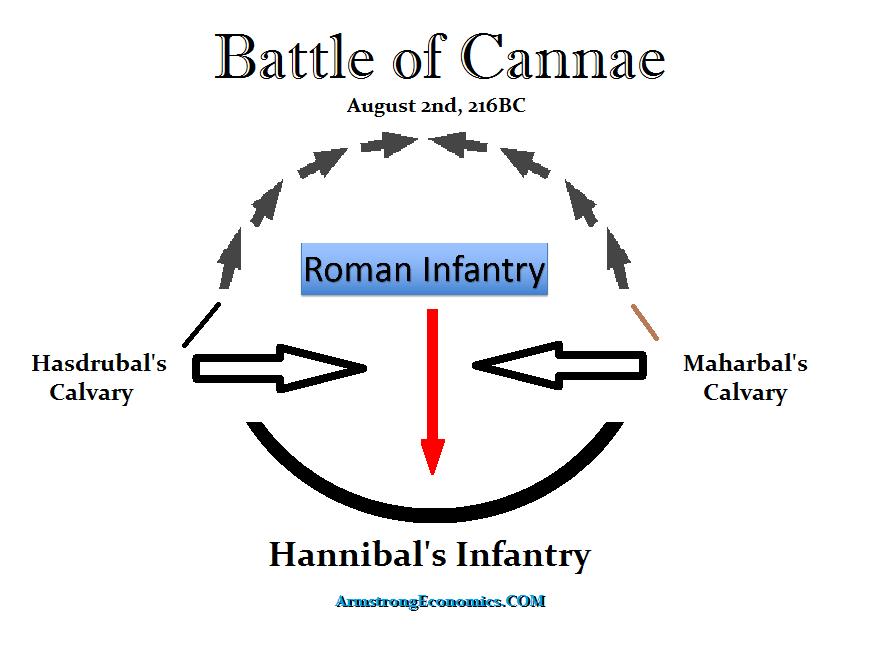 QUESTION: You do not think that Putin is losing?

ANSWER: Forgive me if I have studied ancient history too much in detail. This reminds me of when Socrates asked the then most illustrious military commander: Would you ever retreat? He replies no, that was cowardly. Then he gave as an example a pretend defeat causing the case of the opponent which only led to a trap. But it also reminds me of Alexander the Great. 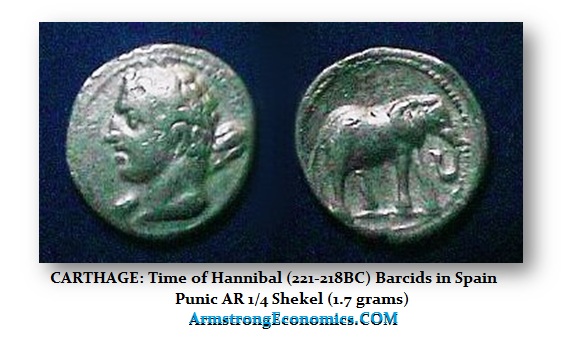 Things are not always what they appear and RELIABLE sources confirm that the claims that Putin is on the ropes are coming from the State Department and the Pentagon disagrees for this appears to be propaganda to try to support a NATO invasion.

The most celebrated battle during the Punic War was when Hannibal defeated a Roman army twice his size. It was the Battle of Cannae where 16 Roman legions of about 100,00o confronted Hannibal of about 50,000. Hannibal used a very clever move to understand how the Romans fought wars. When the Roman legions began their attack, Hannibal allowed the center of his initially crescent-shaped formation to yield pretending the Romans would easily win. The advancing Romans were then pinched by the Carthaginian troops stationed on the flanks. The Romans were slowed and then finally stalled unable to break through Hannibal’s formation. The vastly larger Roman army was encircled and the carnage began. According to the historian Polybius, of the 80,000 Roman soldiers, the Carthaginians killed 70,000.

The word “carnage” refers to the slaughtering of a great number of people, the root of it in Medieval Latin carnaticum “flesh,” from Latin carnaticum “slaughter of animals,” from carnem (nominative caro) “flesh,” originally “a piece of flesh.” However, there are some who believe that this originated after the Battle of Cannae on August 2nd, 216BC.

Putin has said that he regards Ukrainians as the same stock as Russians, distinct from other Eastern Europeans. He initially asked the Ukrainian army to stay in their barracks and not to fight. Alexander the Great would conquer a region, but not destroy everything as Americans do. Instead, he sought to assimilate the armies of conquered states those building his forces with every victory. Putin may not be trying to wipe out the Ukrainian army, but just maybe holding out hope that they will see that they have been merely a tool of the West and then join forces with Russia after executing Zelensky as was the case with Mussolini by Italian opponents. 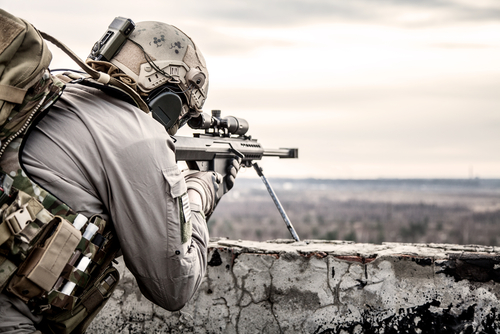 The Ukrainians have adopted a tactic of trying to assassinate all the Russian generals. Some suspect that these are American snipers. Nevertheless, this is a very novel tactic but this may not be that successful for it assumes a general in the field is calling all the shots rather than following orders from central command. Ukrainian snipers just killed the deputy commander of the Russian Black Sea Fleet. Earlier, the Ukrainians had killed five generals and a number of other high-ranking officers by these types of tactics. They are not defeating them in battle but trying to create that image.

The Pentagon is objective to the propaganda coming from the State Department. My concern has been that if Ukrainian troops are pushed toward a loss, someone in Zelensky’s camp will claim a chemical attack by the Russians to then give the excuse for NATO to join. That is when nuclear tactical weapons may begin to fly. The logical response will then be to just nuke Kyiv before it is embraced by NATO. This is why I believe the Pentagon arguing against the Neocons who now control the State Department.

« Zelensky – Who is Pulling his Strings?
Biden Out to Destroy the US Financial Markets – Tomorrow »