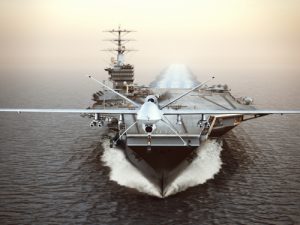 The news of Iran downing a US drone was circulating in the Middle East before it hit the news wires. It was actually shot down at 7:35 pm New York time on Wednesday night, giving time for the pop in gold. The U.S. Central Command leaders said the attack was “unprovoked” and it took place in international airspace while Iran claims it was over their territory.