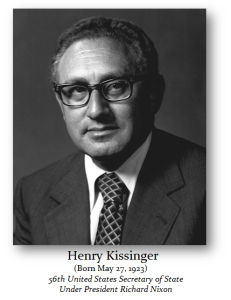 Veteran diplomat and former Nobel Peace Prize winner Henry Kissinger is warning Washington to avoid conflict with China over Taiwan. Although Joe Biden said that the US would interfere if China were to invade Taiwan, the White House clarified that the US will respect the One China policy. “The United States should not by subterfuge or by a gradual process develop something of a ‘two-China’ solution, but that China will continue to exercise the patience that has been exercised up until now,” Kissinger warned at Davos.

Although the US has been supplying military equipment to Taiwan since 1979 under the Taiwan Relations Act, the US has agreed to acknowledge the One China policy that states Taiwan is under Chinese rule. “A direct confrontation should be avoided and Taiwan cannot be the core of the negotiations because it is between China and the United States,” Kissinger stated, going as far as to say neutrality is crucial to “overall peace.”

A key figure in the Paris Peace Accords, Kissinger was awarded the Nobel Peace Prize in 1973 for arranging a cease-fire during the Vietnam War. His award was presented amid controversy as the war did not technically end until 1975. Additionally, Kissinger authorized bombing raids in Cambodia to target the Khmer Rouge. North Vietnamese diplomat Le Duc Tho received this award jointly with Kissinger but rejected it for the reasons mentioned. War is never the first option, and Kissinger knows the complexities of war from behind the curtain. Biden would be wise to take this warning with the utmost caution.