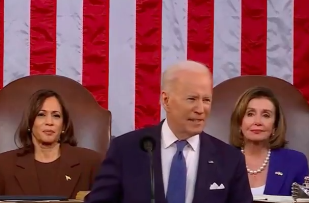 We have a very serious problem. I know where the advice to Biden and other world leaders is coming from, as they are telling them to seize all the assets of Putin’s “friends” to put pressure on him — their yachts, bank accounts, houses… everything. It is Bill Browder who was Safra’s partner in Hermitage Capital Management. This is because Putin seized all of the assets of Hermitage Capital Management over the blackmailing of Yeltsin. Putin wanted to question Browder – not kill because he was Safra’s partner. Browder is telling world leaders now to confiscate all Russian assets belonging to who he claims are Oligarchs.

Let me make this very clear. This is a complete abandonment of international law and the absence of any Due Process of Law, which has been the cornerstone of law globally. Due Process is based upon the Bible where the story of Cain & Able. God knows what happened; Cain killed his brother. Nonetheless, he still allows him the right to be heard and explain his side of the issue. That is not only what we have denied in this Ukrainian affair, but now the West will simply seize all the assets of Russians in the West, who are denied any right to Due Process of Law if they are not in government.

What is the Repercussion of Such Acts?

We are not simply looking at World War III beginning in the financial markets with Russian cyberattacks against US banks. This is one SERIOUS warning to Chinese investors that they too can have all their assets seized in a dispute with China. Remember how anyone of Japanese heritage was imprisoned during World War II and denied all Due Process, based solely on their nationality? It took four decades before it was admitted this violated the foundation of human rights.

This is the most DANGEROUS advice in history. It can totally destroy the world economy as we know it. Foreign investment in Russia will be seized, and the prospect of this migrating to China is extremely high. This is crossing the line. You do not go after the assets of private individuals claiming they are holding personal money for Putin. This is now about the legacy of Putin, and he will NOT suddenly stop because his personal assets are confiscated. If anything, this amounts to an act of outright war. These actions will never achieve a reasonable resolution. This I believe is the personal vengeance of Browder because of the seizure of Hermitage Capital Management and the bankers’ failed attempt to take over Russia in 2000.

This will have major implications on all markets, and you should be looking at the arrays carefully. Something was not right, and the arrays were picking this up. It is perhaps why gold failed to elect two important Monthly Bullish Reversals at the end of February when it was trading above them during the month.

« Who is the Adviser? Death?
Ukraine & Reality »