Canadian Prime Minister Justin Trudeau has chosen to completely dehumanize those who are failing to comply with the agenda. After explaining his disgust for those who have not taken the mRNA vaccine, Trudeau declared that these people are “often racist and misogynistic extremists.”

Is this you, Mr. Trudeau? 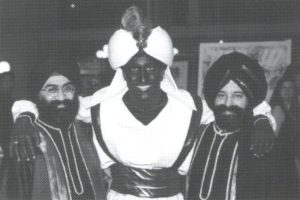 His hatred for the unvaccinated reached a horrifying height when he questioned whether Canada should “tolerate these people” any longer. He no longer views them as his fellow man but as a hated enemy. The man responsible for leading the nation continued by saying that “a small group of the population” was essentially “taking up space.” Trudeau blurted out what many world leaders wish they could say – the war against the unvaccinated is on.

Comparisons to Nazi Germany are frequent and often exaggerated examples, but what Trudeau is saying aligns with the Nazi propaganda to dehumanize Jews to transform them into something sub-human in the public eye. The pandemic would be over if not for the unvaccinated, or as they lied in Nazi Germany, the economy would be better if not for the Jews.

“The goal of Nazi propaganda was to demonize Jews and to create a climate of hostility and indifference toward their plight,” the United States Holocaust Museum cited. Although they are not exterminating the unvaccinated, governments around the world have ruled that people who are unvaccinated can no longer be a part of society. The “small group of the population” that is “taking up space” can no longer travel, visit public places, or start or maintain a successful small business.

The United States Holocaust Museum created the following video that discusses the horrors of how Jews went “From Citizens to Outcasts”:

« The Great Unwashed – We The People Are Seen as The Problem
Does the Belief in a God Temper One’s Actions? »