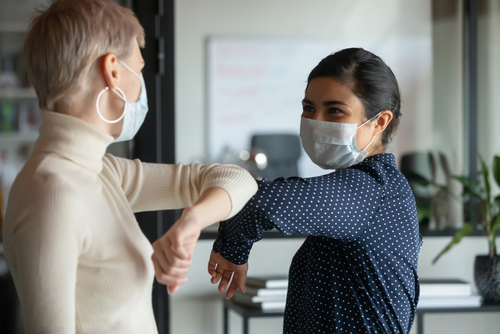 There is just no evidence whatsoever that masks do anything. When I went to the doctors last year they asked about COVID. I told them I did not know anyone with COVID. They said I could still catch it by pumping gas in my car. And when I bought a box of masks, they expressly stated that they will not prevent any disease.

Initially, Fauci spoke the truth that masks were useless. All the studies from the 1918 Spanish Flu confirmed that masks never worked and the Washington Post said they were “useless.” Everyone knows that the Post is so left they could never walk a straight line.

Fauci is just an outright liar. He has come out recently saying he can at last hug his daughter after a year because he got the vaccine last December. But that was more than two months ago. Why did he wait so long to hug his daughter? Nothing this guy says is ever trustworthy yet he knows the mainstream media will NEVER challenge him on anything. He has admitted lying to the New York Times because he kept raising the herd immunity level finally reaching 85%. They reported: “In a telephone interview the next day, Dr. Fauci acknowledged that he had slowly but deliberately been moving the goal posts.”

Now Biden has come out and said governors who relax restrictions are Neanderthals. This is not science. This is all political opinion and politicians now do not know how to get out of this trap they created to overthrow Trump and usher in the Great Reset with Biden promoting Klaus Schwab and his World Economic Forum’s “Build Back Better” Agenda 2030.

It is simply becoming so obvious that this entire exercise is orchestrated by those pushing the Great Reset. They are simply pushing their agenda “Build Back Better” to justify destroying it to change the world economy GREEN using this virus which is nothing worse than the Hong Kong flue of 1968 and we did not wear masks, lock people down, destroyed the economy, nor did they even cancel Woodstock.