The Revolution Around the World Will Not Be Televised 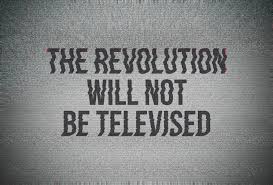 Hope you are well.

The Spanish police are crazy – they now stop all cars (including taxis) at night on the road out of town to make sure people are not drunk.. good idea you might say, but they are actually checking the passengers and ‘fining’ them if they have had one too many. Foreigners are targeted and there’s nothing you can do about it really.. just pay and be on your way.

There are lots of stories of blatant criminal activity, the craziest being about the British guy who had his brand new range rover towed, went to pay the fine and was told it was the judge’s decision on whether the car would be returned to him – nothing to do with the police at all.. a year or so later with the fines fully paid and an expensive court case going nowhere, the car was photographed driving down the street decked out with full police markings.. they didn’t even bother to change the license plate..  I’m not sure if he ever got it back.

Anyway, thanks for the update on gold.. it’s been a choppy last couple of months and the arrays were appreciated given that its been hard to call direction with any real conviction.. looks like we may be on for some fun in the near future.

REPLY: Yes, the stories about the police in Spain are over the top. They are hunting money like crazy. Governments are turning against their own people, defeating the very purpose of civilization. We did not agree to this arrangement; we are collapsing precisely as did Rome. Once government employees begin sacking their own cities, the end of times is near. They are stupid. They will not reform and cannot see that people will not tolerate this forever. The more aggressive they become, the higher the probability of revolutions erupting around the globe. Do not count on the media reporting the truth this time – they are on the wrong side of the fence.