Edward Snowden on Hacking the Election 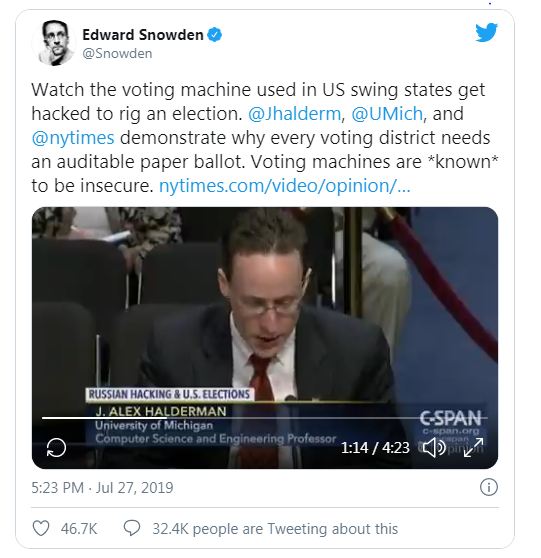 I get some emails from Democrats arguing there is no proof of the machines switching votes. As Edward Snowden posted, this is a video from 2019 that sounded the alarm. I was the keynote speaker at the Hacker Convention in Miami back in 2016. I dare say everyone in attendance was capable of hacking these voting machines. Many teenagers from their mother’s basement could hack the machines. The problem is that nobody can prove the vote was NOT hacked. This is the problem we have with our elections. There should be standardized voting nationally where it is really Equal Protection of the Law so everyone’s vote counts fairly.

You can easily create a system where they pay $1 to vote and enter their debit or credit card, and in return, they get $100 credit against taxes. That will eliminate dead people and illegal aliens. If we can buy online from Amazon with a credit card, surely we can also vote safely.