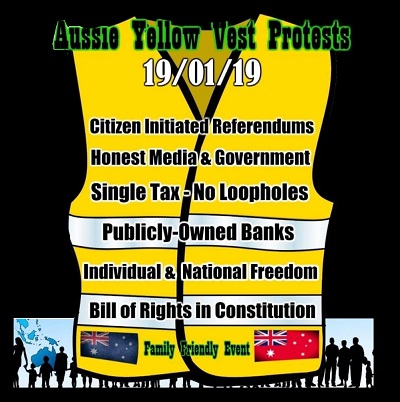 We are witnessing the Yellow Vest Movement now also spreading to Australia. We are seeing the rise there and in Canada also against Fake News that the media is desperately fighting Trump on who now label him an idiot in headlines. We are also witnessing a backlash against taking in the Muslim claimed refugees from Syria in Australia as well. It is not a matter of race, but culture. People who traveled to Paris from the USA this summer have often returned with horror stories of being robbed on the street, cell phones, jewelry, purses being stolen by people on motorcycles. Muslim women begging on every corner of the Champs-Élysées. The culture clash is the problem. These people cannot speak the language and lack skills for employment for the most part. Immigrants historically seek economic opportunity – not handouts. Last November, Merkel was offering cash to the refugees to leave Germany it was getting that bad. Now she is willing to pay one year’s rent back home to leave Germany.

The Green groups that have taken over the UN are frantic fearing that they want to avoid the violent clashes that have rocked France from becoming a “je suis Trump” (I’m Trump) moment for against climate change. It was the higher global warming fuel taxes and other environmental efforts that sparked the “yellow-vests” protests that have forced Pres­ident Emmanuel Macron into ­retreat. In Canada, the Yellow Vests are also growing over environmental sanctions that block pipelines and creating employment in the energy industry which is also lurking behind a growing separatist movement in Alberta. The Yellow Vest Movement has hit Poland for all the same reasons. In Egypt, the government has restricted the sale of yellow vests in hope of preventing the spread of the movement there as well. This is turning into a clash against the Global Warming Crowd. The environmentalists now fear that the Yellow Vest movement will engulf all of Europe as their agenda has been to raise taxes and lower the standard of living in addition to the birth rate.