Tracking Everyone: Hunting for Money on Trains and in the Air 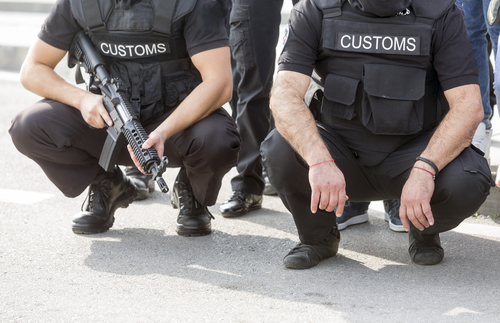 We have certainly embarked down the road of a police state. Federal agencies are tracking people who travel on trains and in the air. If someone buys a ticket for cash, the government is notified. They are looking for the slightest thing. I went to the airport to pick up a friend who comes over to the States maybe four times a year. I ended up waiting for nearly three hours. They took my friend and searched everything. The agent then handed them to someone else and said, “See if you can find something! I found nothing.” Finally, they escorted my friend out and then began interrogating me by saying that frequent trips set off a “red flag” and then asked what I did simply because I was there to pick them up. I am not easily intimidated and can hold my ground. So they backed off and released them.

I was flying back to the States from Europe over the July Fourth holiday. My ticket was originally booked for JFK in New York. I then remembered the traffic would be horrific so I switched to Philadelphia. When I landed, I was met by two IRS agents. Apparently, there was sting they set up at JFK looking for Americans coming home for holidays who do not pay taxes here. I said, “You can check. I pay my taxes here and do not live overseas.” That was not good enough. They thought I was tipped off to their sting in NYC, so they sent two agents to intercept me in Philadelphia simply because I switched planes.

I took the train from Brussels to London after meetings with the government so I was dressed in a suit and tie. Everyone else on the train were tourists. I was the only one called aside by British customs. They asked how much money I had on me. I showed them my US passport. That was NOT enough. They wanted to see my ticket, where I bought it, and how I paid. I showed them that I bought the ticket in Brussels, was returning to Brussels, had meetings in Paris, and would fly home from Frankfurt.

When I returned from our Berlin Conference last year, I dressed casually in jeans, thinking that might help. But traveling alone, I was again singled out. Once more, US Customs wanted to know how much cash I had on me.

The hunt for money is getting really bad. You cannot travel on a train in Europe without them looking for money. In Italy, they confiscated a stack of bonds from a passenger on a train to Switzerland. A staff member left Switzerland on the train for a meeting in Lichtenstein, which goes through France. The train was stopped in France and police searched bags looking for cash.

In the USA, now even the DEA is searching all travel records on trains and in the air. They target people who buy one-way tickets or pay cash for a ticket.

We should just legalize drugs and that would end the crime and the confiscation of citizens. Now everyone is a suspect for the slightest thing and they claim it is drug or terrorist related.