A lot of emails have been coming in with regard to the Panama Papers. Let me say this from the outset — Panama has been the key place to establish offshore accounts for decades. This was not a government hack. The German daily Suddeutsche Zeitung obtained the stash of records from an anonymous source and shared their findings with more than 100 media groups through the International Consortium of Investigative Journalists (ICIJ). The documents show links to 72 current or former heads of state including dictators. The ICIJ is hell bent on attacking the rich, not politicians. So are they protecting fellow Socialists? The press has not made all the documents available and that is curious, for they too can be protecting favored people.

This is the biggest document leak in history and it is exposing world leaders and their secretive, offshore financial dealings. Some 11.5 million documents have been leaked from the Panama-based law firm Mossack Fonseca, which has offices in 35 countries. This leak has exposed a trove of confidential financial dealings by the elites and spans to aides of Russian President Vladimir Putin all the way to relatives of Chinese President Xi Jinping. Naturally, the press likes to focus on Putin. There is much more hidden behind the press curtain.

While the elite seek to hunt people for taxes, they often live separate financial lives. This tremendous conflict of interest has now been revealed. Iceland’s Prime Minister Sigmundur David Gunnlaugsson secretly owned millions of dollars in bank bonds during his country’s financial crisis when the country’s financial system collapsed and banks had to be bailed-out. Thousands are now demanding Iceland’s Prime Minister to resign over Panama Papers revelations.

This is just the tip of the iceberg. I would suspect that the Clinton’s might have some exposure here as well, but time will tell. When Obama came to office, he and Hillary immediately pushed through Congress a free trade deal for Panama that enabled money laundering to move into high gear. Hillary is worth $45 million, which is more than any other presidential hopeful besides Trump. How has she earned so much while working in government? For years, all my sources have warned of the Clintons being available to the highest bidder. Hillary and Panama go much deeper. If you open a corporation in Nevada, you do not have to declare who the actual owner is. That company can then engage in Panama and such names will never show up in the leak. Hillary is notorious for such backdoor schemes; donations to her money laundering charity were made to Canada, as a front, and then to the U.S. to clean the money from foreign governments. She forgot to declare that one. The shady mining deal in Russia that resulted in Hillary earning a few million is typical business. Hillary also obtained a mining contract in Haiti for her brother while serving as Secretary of State. She knows it creates a shit-storm, but she waits a week and everyone cheers her again.

David Cameron’s father, who died in 2010, reportedly used Mossack Fonseca to shield his investment fund, ­Blairmore Holdings Inc., from UK taxes. Cameron has come under pressure to take real steps to end tax evasion. This will probably cause some to distrust Cameron given his father’s involvement in the Panama Papers.

The question that needs to be answered is how extensive is this leak? An intelligent person would have set up a corporation in another jurisdiction, such as Nevada, and that would have been the entity Mossack Fonseca dealt with without ever knowing the true identity of the person behind the mask. I have personal experience in this matter because many offers to manage money often traced back to Panama. There were only about 213 Americans in these documents because Americans can use this structure to hide their names even more than others can.

I personally gave up managing money for individuals for this reason. In fact, I discovered I was managing money for Libya’s former leader Muammar Gaddafi, not once, but TWICE. The back office of Rudolf Wolf in London, where clients opened accounts, was diligent in checking who was behind the companies I managed. It was not illegal back in the mid-1980s to deal with such accounts. Nonetheless, we traced shell company to shell company, and after about six months they informed me they established the real owner of the funds. It was Muammar Gaddafi and it was through Panama. I had thought I was dealing with a royal family member from Saudi Arabia. I closed the account. Within months, I found myself managing money for Gaddafi, once again unknowingly, and it traced to Panama.

In Geneva, the Gaon family threw a big party for me and offered me $5 million to create Armstrong Brokerage using my name. I did not have to do anything aside from providing my name. The family originated in Turkey but moved to Egypt, and the family business was established in Sudan. In 1957, David Gaon moved to Geneva where he built a worldwide business corporation in import-export investment and real estate including one of Geneva’s biggest hotels, the Noga (GAON) Hilton. The Gaons invited me to the grand opening of Herald Center in New York City, which they constructed on the old E.J. Korvette site. T 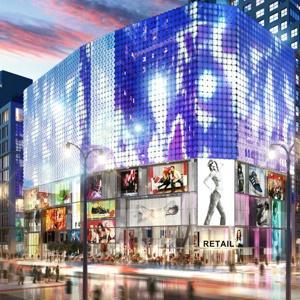 his turned out to be one of four prominent Manhattan buildings secretly owned by Philippine’s head of state, Ferdinand Marcos. The press claimed New York brothers Joseph and Ralph Bernstein fronted it. However, there was a lot more behind that. Silent partners also included Gaddafi and the notorious alleged arms dealer and Saudi Arabian businessman Adnan Khashoggi. At the peak of his net worth during the 1980s, he was said to have been worth up to $10 billion and was considered one of the richest men in the world. The FBI even visited my office when Marcos fled the Philippines to ask me where to find the gold he stole from the country’s reserves. They would not believe me when I said that I did not personally advise Marcos. 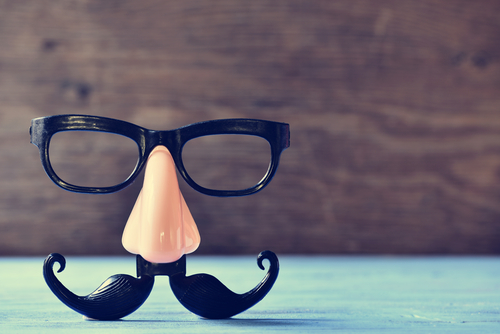 What I can say is that for decades everything has seemed to trace back to Panama. It became one giant masquerade party, as you really do not know whom you are dealing with. This is what really led me to turn only to institutions back in 1985.

This leak will prove to be devastating. France’s Hollande cannot wait to get his hands on whatever money he can grab from this, but let us make no mistake; there are 72 current or former heads of state, including dictators, involved in these documents. Will the ICIJ really release everything? Or will they protect some politicians because they are Socialists who are out to get the rich? Above all, how can you trust such firms anymore?