The Hunt for Taxes is Unleashed in Africa 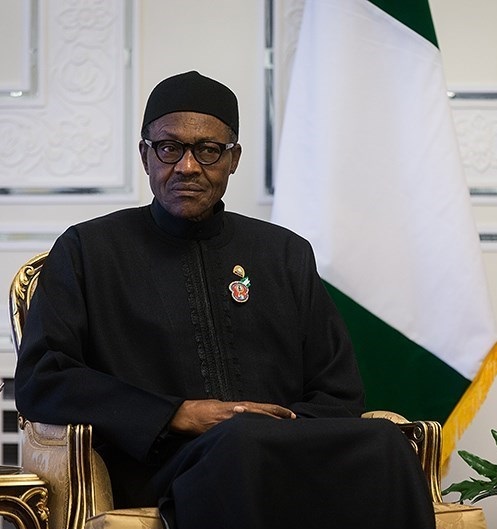 Nigeria has begun the hunt for taxes as they target 700,000 firms as the country is desperate to look for more revenue as its income from oil has collapsed. Nigeria is Africa’s biggest economy and it has entered its first recession in more than 20 years as overspending produces only higher taxes, not economic reform. The current President is Muhammadu Buhari, since 29 May 2015. Politics began to change in Nigeria also going into 2015.75 turning point for government worldwide. The 2015 election marked the first time in the history of Nigeria that an incumbent president actually ever lost to an opposition candidate in a general election. So the ECM is truly a global model and not based solely upon a single country or trend.

Africa was the fastest-growing continental economy on the planet going into 2015. However, the one thing that was growing faster than the economy was of all is debt in every category from personal and corporate in the private sector to government. In 2015 Africa’s debt reach an untenable level and not the hunt for taxes has begun. In 2014 countries such as Senegal, Côte d’Ivoire (less than five years after a previous government-debt default), and Zambia all placed bonds worth as much as $1 billion into the market and these issues were oversubscribed because of the collapsing interest rates in developed countries. Kenya’s record-breaking sale of $2 billion in debt back in 2014 was also oversubscribed four times over.

Currently, Nigeria is struggling to fund a record $18.6 billion 2016 budget (6.06 trillion naira) that, following Keynesianism, is expected to stimulate growth by tripling capital expenditure. These measures are failing of a worldwide basis. Nevertheless, government are all following the same play book despite the fact it never works.

According to the IMF, back in 2009 the entire of sub-Saharan Africa raised almost $5 billion issuing bond, which included both private and sovereign issues. By 2013, that debt issue had grown to $14 billion and it exploded to about $20 billion by 2014. Africa’s total debt-to-GDP ratio dropped sharply to 30% going into the economic crash 2008-2009 only because of defaults and debt forgiveness. However, in some countries, this debt-to-GDP is exploding back up towards 70% or higher.

Rock stars had helped convince the international community to write off more than $100 billion of African government borrowings back before 2010. This time, the debts are back and have been exploding. It just seems as this debt-forgiveness never works for it hides the crisis and fuels them to do the same once again. it’s getting tougher for countries to pay them off.

Mozambique was indeed one of the biggest beneficiaries of debt forgiveness when its debt was written off by 86% of GDP back in 2005 to just 9%. The debt simply has grown all the way back to 61% of GDP. One has to wonder how stupid people are to lend government money.

Funds that have been rushing to lend into Africa should be sold now. Their investment rush into Africa reminds me after the 2005 debt forgiveness efforts of George Bush trying to figure our the fool me once line. How many times will these fund manager buy public debt that always ends up that they have to forgive it?