The Hunt for Taxes Destroying Healthcare in Britain 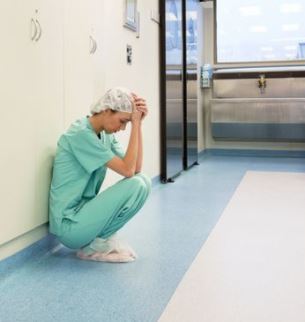 The Hunt for Taxes is now creating a crisis in healthcare in Britain. The UK government is gearing up for a massive tax clampdown targeting private sector contractors. The UK Treasury estimates in its budget that this taxing of private contractors in healthcare will create £185m in new taxes for the year 2017/18. This is known as the IR35 regime, which will apply to hundreds of thousands of freelancers outside the public sector.

At the core of this is the issue where someone who is incorporated pays less tax and national insurance than an employee on the same income working freelance under contract. Many suspects that this is just a test run and the government will extend the tax increases to the private sector in a year.

Because most are freelance contractors in the Public Sector healthcare, there is an immediate decline in patient care standards in NHS due to this hunt for taxes under IR35. UK healthcare is deteriorating rapidly. A survey of 450 healthcare locums by ContractorCalculator and the Independent Health Professionals Association(IHPA) has revealed that the NHS is failing to replace critical contract workers who have been forced out of the sector due to IR35 and questionable compliance procedures. It’s all about taxes.

And so many people in the USA think that public healthcare is free in Europe and so much better, they are just victims of propaganda. There is a major crisis unfolding in the British healthcare system all because of the hunt for taxes.

Categories: BRITAIN, The Hunt for Taxes