Sweden Implanting Chips in Your Right Hand to Eliminate Cash 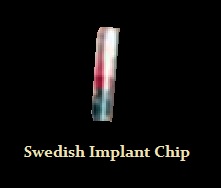 There have been many people who fear the forecasts of the Bible’s Revelations and the sign of the Beast that no one will be able to buy or sell without receiving “a mark on their right hand or on their foreheads, and that no one may buy or sell except one who has the mark or the name of the beast, or the number of his name” (Revelation 13:16-17). Now you would think that someone would be concerned about mimicking that forecast. That does not seem to stop the trend to implant chips in your right hand which is your debt/credit card on a chip about the size of a grain of rice. All you do is wave your hand and you just paid for everything.

Of course, there is a slight problem. The powers that be know who your are, where you are, and you have surrendered all privacy. Perhaps there is no stopping this trend. The governments are in such desperate need of taxation and Quantitative Easing has failed because they argue people withdrew their case from the banks. They have ended bailouts in Europe and the future head of the European Central Bank, Christine Lagarde, is a champion of eliminating money and believes that each country should create their own cryptocurrency and all freedom will come to an end.

This very idea of implanting chips into your hand and eliminating all physical money is a dream come true. I believe it will become one proposal on the table in 2021-2022. Our computer which show major confrontations arising into 2032 which will also involve religion, certainly seems plausible after 4,000 people have accepted chips in Sweden who think this is cool.