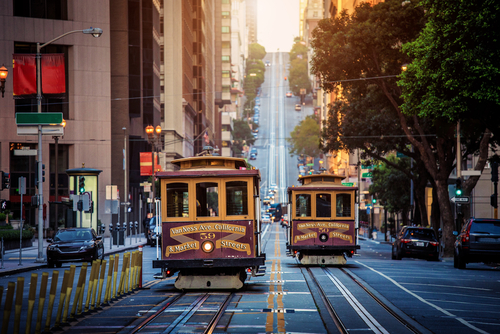 First, San Francisco just banned Natural Gas in any new buildings, requiring them to rely on the electric grid instead. The city’s board of supervisors unanimously approved the ordinance which will apply to more than 54,000 homes and 32 million square feet of business space that was approved for construction. They do not have the power generation to support that and a power grid failure means even the food people have will go bad without electricity and they cannot even cook on a stove or microwave. What do you do if power is out for weeks?

Secondly, San Franciso passed the CEO tax. The tax applies to companies in which the highest-paid managerial employee earns 100 times more than the median worker in San Francisco. Businesses above this 100 to 1 threshold pay an extra surcharge on their gross receipts. The greater the inequality, the bigger the tax. Companies with an executive earning 200 times the median worker in the city incur a 0.2% tax, all the way up to 0.6%. For large firms (businesses with more than $1 billion in gross receipts and 1,000 employees nationwide), the tax is applied to up to 2.4% of its city payroll expenses. The bill is expected to bring in between $60 million and $140 million per year, about 0.4% to 1% of the city’s annual budget.

This tax is really problematic. It is a tax on the company rather than the executive. But generally, these large pay-outs are stock options – not cash. So if the stock doubles in price, the CEO would make a theoretical windfall and the company would pay a surcharge which could impact the shareholders and could even reduce the workforce.