A Reader’s Comment on the Problems with Safe-Deposit Boxes 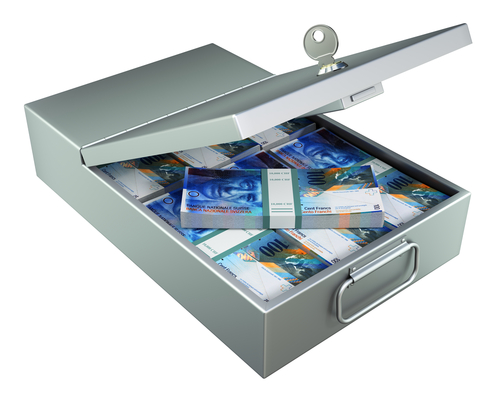 I am an attorney in Texas. We have been advising clients NOT to use safe deposit boxes for years. Examples are:

We had a client involved in a multiparty suit. I got a court order and sent somebody over to a decedent’s safe deposit box with witnesses and a video camera. The bottom of the box was covered in diamonds. It was closed and locked. When the suit settled, an attorney for the lead clients didn’t think to repeat this process when an opposing party, the sole holder of a key and legal access to the box, turned over the key. This individual was an international jewelry company employee who retired early, the week of the settlement.

The box had no diamonds. Not one. The bank’s log book was missing pages for the relevant dates. The bank was immune from suit under federal law. The key holder walked after expensive litigation. Insufficient evidence. So you are largely out of luck, if your box turns up empty.

Then there was the S&L crisis. One closed branch had a security guard, by bankruptcy court order, who let people into their boxes 5 days a week. But the security alarm company had turned off the alarms. One Monday, the guard showed up and there was water trickling out of the vault door. Sprinklers had been running all weekend, filling the vault and the boxes. Again, the box holders were out of luck. Gold and jewels were fine, but legal documents, paintings, photos, watches, electronics, collectables made of paper or other water sensitive materials, etc. were damaged or destroyed. No recourse. I hope nobody had an original copy of the Declaration of Independence there.

In the 1930s, boxes were systematically drilled by government officials looking for illegal gold. No warrants, as we understand them. Countless claims of government agent looted boxes were ignored. How do you prove what was in it? Recall, we had a video of the contents of a box, and only one person could legally access it, and there was always a security guard to stop unlawful access and the lead litigants still lost.

Finally there is a splendid movie called the Bank Job. It portrays a true story about a bank in London which had its safe deposit vault breached. Really incredible, true story, but one takeaway was that hundreds of box holders refused to identify what had been stolen from their boxes, or reclaim their treasures that were recovered.

So the government suspicions about illegal storage of ill gotten gains are obviously often true. We tell our clients not to use storage controlled by government regulated financial institutions and instead to find private, secure, fireproof and waterproof means of storing things of value. This is probably the same story as the buried Roman coin stories. Every government becomes organized crime, eventually, if they didn’t start that way in the first place.

BTW, a fireproof safe is of little value if it has perishable items and fire suppression, or flood, or plumbing leak water gets into it. And a second safe with some valuables is useful for home invasion purposes. Faux jewelry, some cash, gold coins and convincing some copies of things like wills and insurance policies are good. If they hold a gun to your family’s head and demand that you open your safe, having an offsite second one is handy. BTW, the Russians are returning to typewriters without computers for their most sensitive operations. Stealing filing cabinets full of paper is much harder than filling a flash drive, as Snowden has demonstrated.