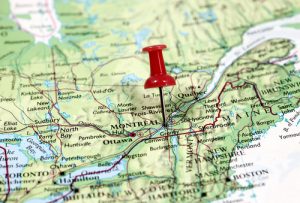 Quebec Premier François Legault realized that the mandates are dividing Canadians in a profound way. In order to protect “social cohesion,” Legault is eliminating plans to tax the unvaccinated. Legault initially stated that he wanted the tax to be “significant” in order to force nearly 10% of unvaccinated Quebecers to take the shot. After seeing the persistence of the Freedom Convoy that is certainly not a “small fringe minority” as Trudeau suggested, the plan to tax the unvaccinated has been scrapped. Politicians do not want to face the wrath of the people as Trudeau is currently experiencing. “I understand that this divides Quebecers and right now we need to build bridges,” stated Legault. “My role is to try to bring Quebecers together to stay united as a people.”

Quebec Liberal leader Dominique Anglade declared that Legault “came up with this idea that was not only irresponsible, that was not thought through, that didn’t have any legal support to it.” This comes on the tail of public health director, Dr. Horacio Arruda, stepping down from his 12-year career amid controversy. Some accuse Legault of attempting to implement the tax as a way to distract the public from the scandal. He never presented a clear plan to implement the tax and failed to say exactly how much the tax would cost otherwise law-abiding citizens.

Regardless, politicians are beginning to learn that they do not have unlimited authority. The people will not allow that to happen. The “do this or else” fear tactics are fading along with Fascist dreams to create a new world that no one agreed to participate in.