Police Are Here to Extort Us – Not Protect Us 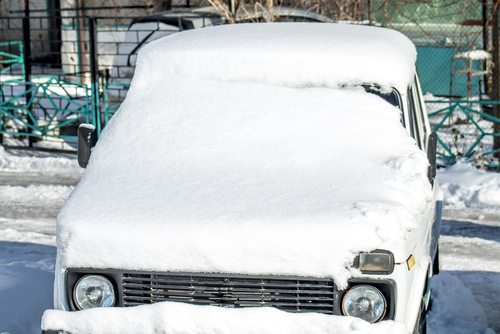 The Police gave a man in Roseville, Michigan a $128 ticket for warming his car up in his driveway. Police Chief James Berlin refuses to admit the police are out of control saying you can’t leave vehicles running. The question legally is, since a driveway is private property, can the police give you a ticket for warming up your car on private property? If a 12 year old sits is Dad’s car pretending he is driving, can the police give him a ticket for driving without a license in his own driveway?

You cannot be ticketed by a police officer for violating traffic control signs that are on private property. I could put up a sign in my driveway that says park head-in only. If you backed into my driveway, where does that give the police the right to give you a ticket? A shopping center might put up any signs it likes. They do not have to comply with the law to do so. Likewise, the police cannot ticket you for violating a private sign.

Most states define the traffic jurisdiction as public roads and highways. If police could ticket you for speeding on a private roadway, there could not be Indy racing or drag racing tracks.

The police are out of control. This is really nuts and Police Chief James Berlin should lose his job for abuse of power.

« Is Trump Draining the Swamp or Filling It?
Clinton Global Initiative – Core of their Foundation is Closing Down »