Oklahoma – The State You Must ALWAYS Avoid Driving Through 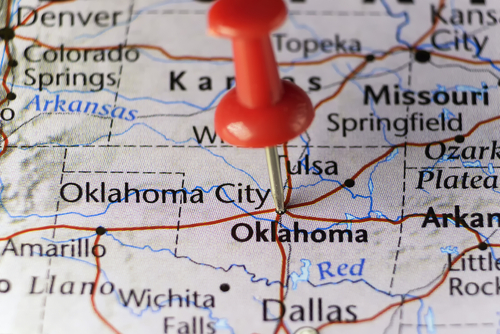 As there is a drive to eliminate cash, police are engaging in illegal search and seizures of debit cards. More and more businesses are refusing to accept cash, which was noted even at a ball game at Tropicana Field in Florida. They announced that during in 2019, they will no longer accept cash to pay for those peanuts and Cracker Jacks because the Tampa Bay Rays announced they’re becoming a cash-free sports venue. In Oklahoma, I previously warned that the police are outright becoming criminals with badges. 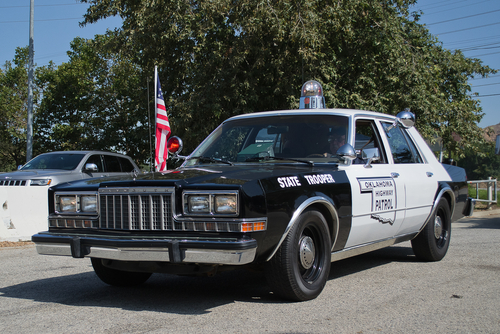 The Oklahoma Department of Public Safety (aka extortionists) and other agencies have portable card readers mounted on vehicles that can confiscate or freeze suspected drug-trafficking proceeds loaded onto prepaid cards. Of course, under civil asset forfeiture, they need not prove that anything is connected to drugs. They can claim you looked suspicious and take everything you have under the PRESUMPTION of guilt. It is your burden to prove that the assets are not tainted, and good luck with that. By seizing your money, they can also freeze anything you need to hire a lawyer.

The Electronic Recovery and Access to Data devices on Oklahoma Highway Patrol cars are being used by a joint law enforcement drug interdiction team under the Oklahoma County District Attorney’s Office. The elimination of cash means that police can’t seize money, so they are adapting and grabbing your debit cards to download your funds.

The risk of traveling through Oklahoma is FAR TOO GREAT to even take the risk. There is absolutely NO RULE OF LAW that remains for judges will rule in favor of the state because they too need money for their pensions.

Shakespeare wrote perhaps the best apology of a traitor to the people. Brutus’ speech to the people on why he killed Caesar:

If there be any in this assembly, any dear friend of
Caesar’s, to him I say, that Brutus’ love to Caesar
was no less than his. If then that friend demand
why Brutus rose against Caesar, this is my answer:
–Not that I loved Caesar less, but that I loved
Rome more.

This is the same spirit with which the police and judges will act against you. They will claim it is not personal, for they need not even charge you with a crime. The legal fiction here is that the money is GUILTY — not you.

The right to find property guilty actually extends back to ancient times and was known as DEODAND. However, let’s say you had a horse and wagon. Something spooked the horse and it took off with the wagon. In the process, the horse ran over and killed someone. The horse and wagon were then forfeited for they were responsible for the death of a person. They were sold off and the proceeds were then used to pay for the funeral. Today, the government has replaced God and the forfeiture never goes to pay for some victim of a crime. Rather, it goes into the pockets of the police and judges.

The United States Supreme Court in J. W. Goldsmith Jr., Grant Co. v. The United States, 254 U.S. 505 (1922), noted the origins of government forfeiture power in the historical practice of DEODAND. The court cited Sir William Blackstone (1723–1780) in his “Commentaries of the Laws of England,” which noted that this practice extended back to the times of Ancient Greece. DEODAND was abolished in England in 1846 and it is not practiced in the United States, yet it has been transformed into the government’s right to seize your property even if you have done NOTHING wrong for it is the object that commits the offense — not you.

This is yet another example of how government has turned against the people to sustain itself. This is part of the end-game and why the entire system will come crashing down after 2032 because it has become abusive, unconstitutional, and anti-human rights.

« Passive Aggressive Society & the Cycle of Revolution
So When Will the Yellow Vest Movement Take Hold in the USA? »