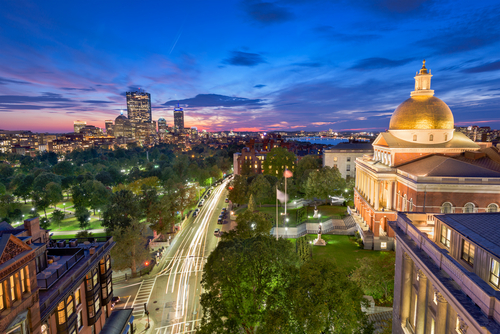 The politicians have a golden rule. When the courts prevent them from raising a tax, they call it something else to impose it. Massachusetts, the bastion of political Marxism, attempted to put on the ballot a new millionaire tax. That was rejected on constitutional grounds by the Supreme Judicial Court. So what are they doing to exploit others? They are violating the Constitution. As pensions run dry for state employees, lawmakers are using a new legislative procedure to impose a tax by calling it a measure to raise money for education and transportation. Of course, such tax increases go into the general ledger. So they can then claim they are raising taxes for children and then use it for themselves. They just pulled that trick off in British Columbia after raising taxes for schools and keeping the money in the general pot.

The morally dishonest politicians in Massachusetts are using a procedure to impose an unconstitutional tax by depriving the Supreme Court the duty to rule on the validity of the tax. They will impose a tax on the wealthiest taxpayers, skirting the Supreme Court’s objections, and place the measure before voters where they know the majority will hate anyone who has more than they do. They call it the Fair Share Amendment which will add 4% to their tax bill. They are proposing to change the state constitution that prohibits discrimination, demanding that income taxes be levied at a “uniform” or flat rate tax and may not be a graduated income under Marxist philosophy. They call it the millionaire tax because they will impose a 4% higher rate on gross income that exceeds $1 million. With state income taxes now exempted from deductions by the Federal government, this maneuver demonstrates that the state is out of control. The Massachusetts income tax rate of 5.10% is higher than all but one of the other eight states that levies a flat income tax. This merely illustrates that governments can NEVER live within their budgets. They ALWAYS need to take a never-ending higher portion of people’s income.  If governments were properly managed, tax rates would never have to increase.

Meanwhile, New York Governor Andrew Cuomo has suddenly seen the light in a vision from haven. OMG, he must have decried waking up from a nightmare. If you tax the rich, they leave? OMG. Who would have ever imagined? He woke from his dream and actually acted on it. He stood up in the state where Alexandria Ocasio-Cortez was elected and actually said, “I don’t believe raising taxes on the rich,” Cuomo said. “That would be the worst thing to do. You would just expand the shortfall. God forbid if the rich leave.”

We will have to add Massachusetts to the list of states to leave ASAP. Obviously, they are slower in their thinking process than even New Yorkers.

« So When Will the Yellow Vest Movement Take Hold in the USA?
The Netflix Tax »