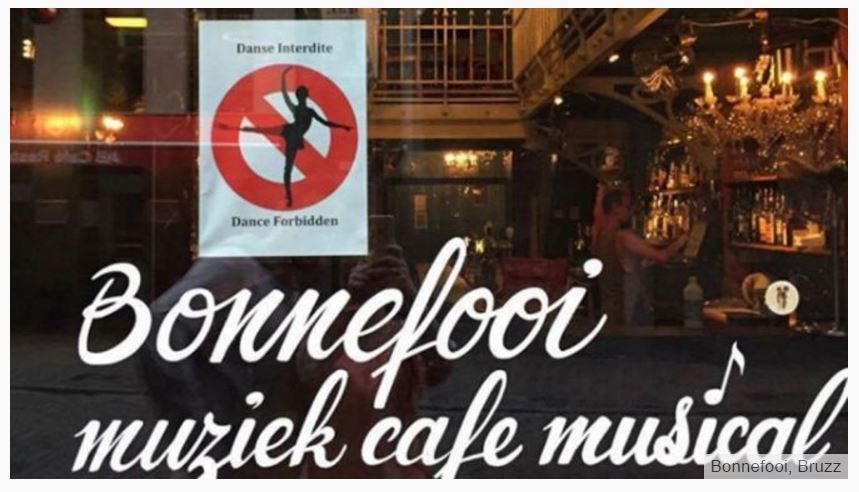 The patrons of Bonnefooi, a cafe in the center of Brussels, last week received an inspector of the City to visit. Who asked them to pay the “tax dance.” Yes you read correctly. Brussels has a “dancing tax” written in the 50´s and as the government needs money, they have “revitalized” this tax since 2014. For every customer who dances in a bar the owner has to pay €0.40 per night.  They sent incognito civil servants to uphold this law.

There is an endless supply of old laws still on the books that have not been enforced, yet could be to raise money. In Florida, you are not allowed to have construction workers around on weekends. In some states, old laws required you to pull your car off the road if it frightened a horse. If the horse was still terrified, you were required to dissemble your car until the horse was calm.

They tried outlawing condoms back in the 1950s. That went to the U.S. Supreme Court in 1965 under Griswold v. Connecticut (1965), where the Supreme Court ruled that a state’s ban on the use of contraceptives violated the right to marital privacy. The case concerned a Connecticut law that criminalized the encouragement or use of birth control. Since the Supreme Court upheld Obamacare as a tax, anything goes. They can put a special tax on condoms and get away with that one and rake in billions.

Welcome to the world of collapsing socialism. This is where government get to rip us all off to survive.