Grenfell Protests – May Must Go 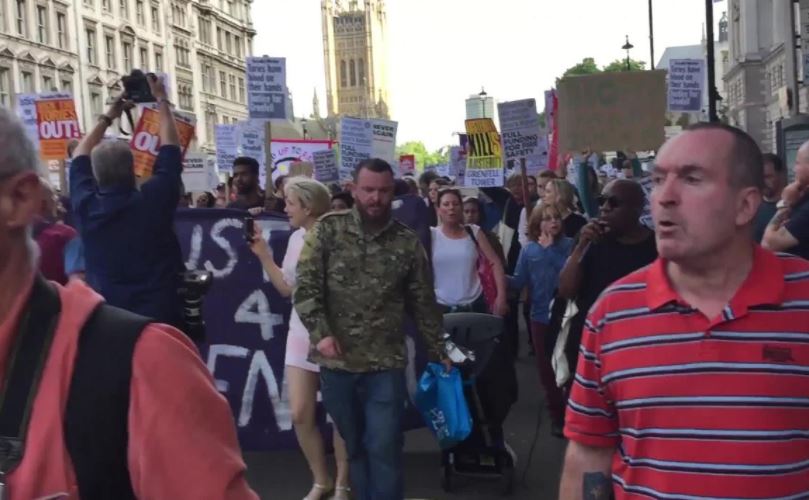 The protests are rising and Theresa May failed to go talk to the people right away while Jeremy Corbyn was there on TV crying with the people. He had proposed refurbishing the government housing and sprinklers should be installed last year and it was knocked down. People are blaming austerity. They are demanding an inquest, not a public inquiry. People feel that a public inquiry behind closed doors will hide the truth once again. 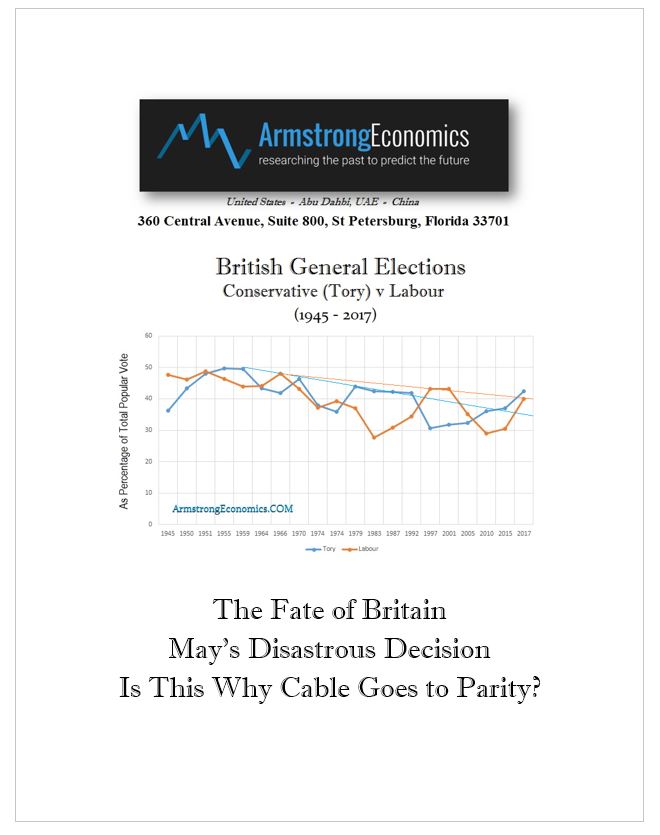 The Fate of Britain

We just released our report on in Britain. The markets were showing a very bearish outlook ahead and this was strange if not irreconcilable with the bullish view of BREXIT. We put it all together and warned that the Conservatives may end up being replaced by Labour and we can see Britain turned a very hard left toward Marxism. This is a very important report for it goes into the pound on the cross rates with the dollar, euro, Swiss and the yen. In addition, we covered the Long Gilts and the share market. The timing seems incredible given the events following the release of this report.

Tony Blair was a socialist and took labour to the center right. He achieved concessions from unions no Conservative could have ever accomplished. But Corbyn wants a maximum wage and intends to take Labour back to the 1970s and its extreme Marxist positions. Installing a maximum wage to prevent high paying jobs seems insane. It’s all about punishing accomplishment rather than raising the living standard. The definition of the “rich” will drop from £145,000 to £80,000 and raising the corporation tax from 19% to 26%. He wants 50% tax on anyone who earns more than £123,000. Inheritance taxes will be lowered from £850,000 tax free to £425,000 and anything above that will be 40%. This will wipe out small businesses preventing them from continuing and that applies to farmers as well. Raising taxes to this magnitude will surely lead to the migration of top-end positions out of London.

Categories: BRITAIN, The Hunt for Taxes
Tags: Britain, Taxes, the Fate of Britain, Theresa May

« The Fate of Britain – Pound to Parity?
Germany Secretly Passed Total Surveillance of Everything »