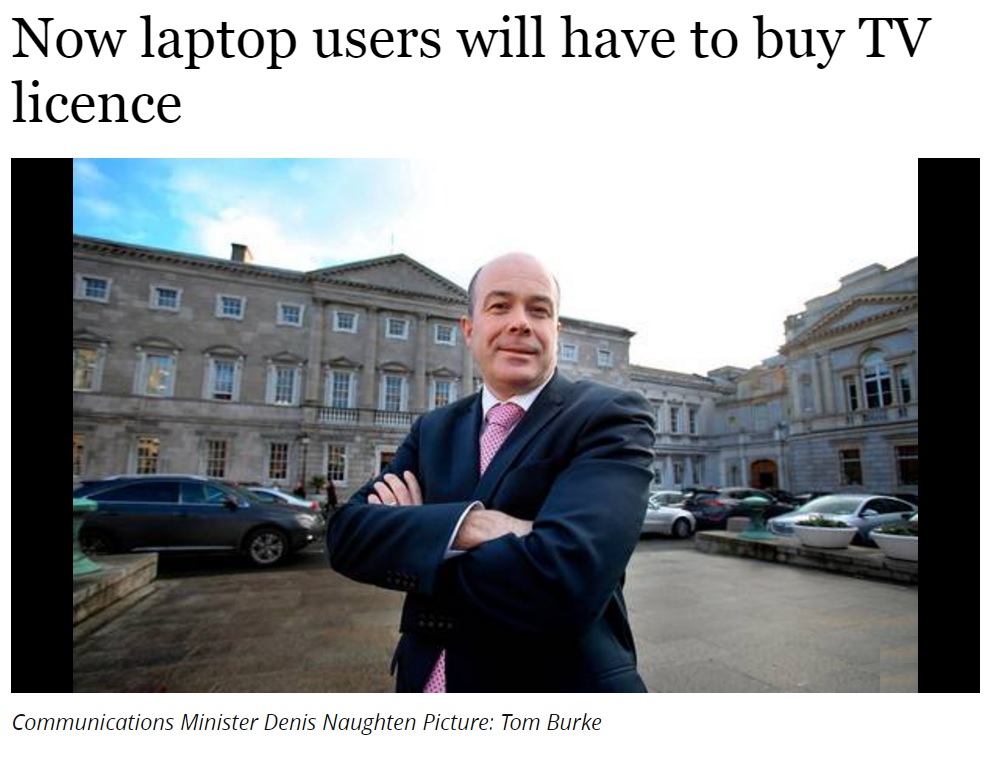 In Ireland, a reader has sent this gem in. The Communications Minister Denis Naughten is so proud of himself for changing the definition of a ‘television set’ to include your laptop in order to extend the TV license fee to be applied to computers, laptops, and large tablets. He believes he will generate an extra €5m a year. As our reader put it: “from that ‘shining light’ of the EU, Ireland is prepared to stoop in hunting even more cash from its people. … Is there no end to this lunacy? Internet next I’m sure!”

In Sweden, as of April 1st, a new tax will be applied to ALL electronics. Are you ready for this? The reason is of course not to raise money, but to protect people from electronics; including everything from the fridge to tvs and laptops. On April 1, Sweden will impose a new so-called “chemical tax” on electronics and appliances. The purpose of the new tax is said to reduce the amount of hazardous flame retardants in our homes.

We are faced with tax revolts throughout Western Culture. Governments are all broke. Of course, they will never consider reform. The answer is always just grab more and more money from the people. This is why they are moving to eliminate cash to prevent people from evading taxes. This is not going to end nicely. The American Revolution was “No taxation without representation” and the French Revolution was also over excessive taxes – Let them eat cake. This is why we must crash and burn. You simply cannot reason with those in government to recognize that they are the problem. Thus, history constantly repeats and taxation is the driving force behind revolution historically in all cultures.