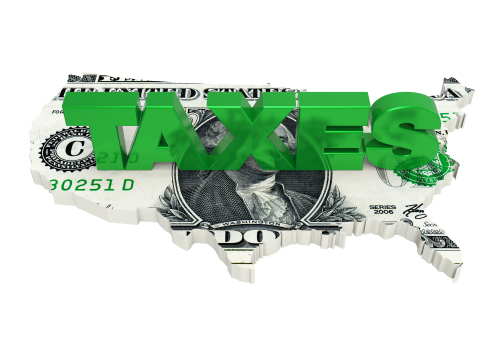 COMMENT: The Trump Tax Cut,…
Having read your blog now for a couple years, it seems that the problem is squarely upon “why” we have or need Government. To that end, it all hinges on the relationship of Person to Government. What we have now is: People are subservient to Government. There will be no solution to the human condition until the opposite is true: Government must always be subservient to the People. Bad Government leads to crash and burn.

This inversion of priorities is readily seen in the entire tax “reform” effort. It is all about maintaining Government revenue streams. Slavery of the People is acceptable. Until the enslavement of man is terminated, there is no change in the trajectory of civilization. If we start from a different premise, say No Person Can be Obligated to pay more than 10% of income in taxes (of any form: Federal, State, Local, etc.), only then will the control freaks be tamed. A look at history reveals that mentally ill people gravitate to power. It indicates a soulless existence.

Sadly, foolish people have been allowed to manipulate the judicial leg of Government, to up-end the whole point of a US Constitution:

“We the People of the United States, in Order to form a more perfect Union, establish Justice, insure domestic Tranquility, provide for the common defense, promote the general Welfare, and secure the Blessings of Liberty to ourselves and our Posterity, do ordain and establish this Constitution for the United States of America.”

There is a reason “Posterity” is capitalized, and “ourselves” is but a lowly pronoun.

REPLY: You are absolutely correct. Thomas Paine recognized this inversion process and opens his Common Sense with it. He explained that government believes it is the country and not the people. Once that takes place you see the results. They put Martha Stewart in prison for lying to an FBI agent. Yet government can lie to us all the time and that presents no crime because they view us and the ruled, not the ruler.

Government always begins as a benevolent entity to further the common good. The problem emerges with a Republican form of government. Once you politically elect a “representative” of the people, the system is doomed. A true Democracy, as in Athens, took the form that the head of the household was the person who voted “representing” everyone in that household from the wife and children to the servants and slaves. They distorted this to say women had no right to vote. They really did not need such a right BEFORE socialism since there was nothing the state could do to them. Once we introduced income taxes and socialism, then every person was taxed, not just the household, and regulation began to control the behavior of every individual. Everything was inverted.

The only type of government I would like to see is a return to Democracy where we all can vote from home on a bill and each bill must stand alone with no covert attachments. Income Tax is no longer necessary since the government never pays off the debt anyhow. Rome lasted for 500 years with minimal inflation just creating new money to pay their own bills and taxes that were about 7%. Money was also coins and they had no national debt.