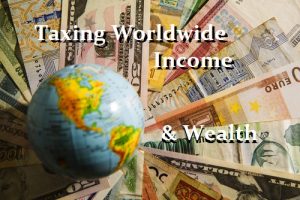 QUESTION: As I understand you’re writings, the € is not a good currency to be in. I’m South African and stay in the Netherlands for 13 years now. I’ve been following you’re advice not to be in €’s and therefore I only have a house here that can be seen as a € investment. I still have an equity portefeulje in South Africa with a 70% exposure to rand-denominated offshore investments(global, with a big USA component). I am however experiencing 2 problems now: 1 The Netherlands tax on worldwide income: not just the growth on the investment portefeulje, but the whole portefeulje! The result: growth on the investment portefeulje are lost due to the taxation in the Netherlands. 1.2% of all the capital are taken and tax at 30%. From 2022 it will be 5.4% at 33%. 2 The instability in South Africa and push for socialism put me at risk to lose the investment portefeulje. The law is very vague, but actually indicates that “stuff”can be taken if it’s in the best interest of the people and country. It only takes the wrong government … From 1 March 2020 South Africa also wants to tax on worldwide income and if your tax rate is lower than 45%, you will pay the difference to South Africa.
Where do you go to keep you’re hard, earned money safe from governments? I’m thinking about selling a large portion of the investment portefeulje and opening bank accounts in Norway, Sweden, Switzerland just to keep money safe till after the market crash, and then to invest again into the equity market. I also remember that you’ve said that the bank guarantee would only be for x1 €100 000 and not for every €100 000 that you keep in European banks. The European bail-inns are also a big risk. Do you have any other suggestions? By the way: gold is also taxed here in the Netherlands(not just on the gains)

ANSWER: The ONLY place for a European to have a bank account right now is the United States. The list of countries that will report on what you are doing (CRS= Common Reporting Standard) and what you have is as follows:

You will notice that the United States and Thailand are two notable exceptions. Right now, they are the only places that are safe for a European. Scandinavia is not on the list, but Sweden has committed to join the CRS. There is a serious risk in Scandinavia. 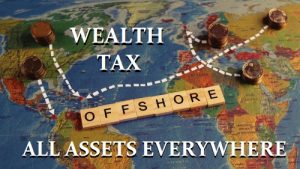 Europeans MUST realize that Worldwide Income Tax is just around the corner. If you have substantial wealth, you may want to look at getting another citizenship. It is going to get much worse there in Europe between now and 2032. You will find the push to impose a wealth tax is fully underway. Switzerland already has an International Wealth Tax which is a levy on the total value of personal assets, including bank deposits, real estate, assets in insurance and pension plans, ownership of unincorporated businesses, financial securities, and personal trusts. You have to declare everything you own around the entire world. Then, because Switzerland is part of the CRS, they will share that with every other country. Typically, liabilities (primarily mortgages and other loans) are deducted from an individual’s wealth. 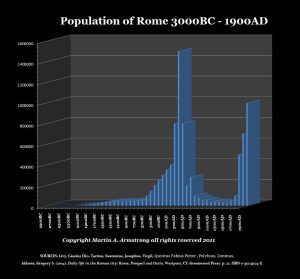 As we move toward 2032, the unfunded liabilities will explode and governments will become EXTREMELY Draconian and impose both the Worldwide Income Tax and the International Wealth Tax. There is no hope; this trend leads only to the destruction of Western Culture. They are only concerned about what is immediately in front of their nose. Be mentally prepared to simply walk away from fixed assets as was the case when Rome collapsed.

« Canada Implements $368 Fine if Your Phone is Even Visible in Your Car
The Hunt For Taxes – Sell & Leave Before It is too late? »