Canada Gives up Own Citizens to the USA IRS 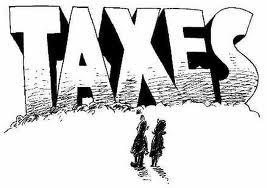 Canada is giving up “accidental Americans” who have one American parent and that means the U.S. IRS wants to hit them with back taxes like an economic slave, even though they never lived in the USA nor have they consumed anything for which they should contribute their “fair share”.

Taxes are simply owed to government to sustain their power. They no longer have anything to do with services provided by the state. Taxes are a barbaric relic of the past that should have died with the gold standard. Once money was no longer a commodity of a barter class, then there was no longer a need for government to collect taxes.

This MUST come to an end along with government borrowing. There is no possible way to advance society from this point in time. Economists will disagree for their job is to find clever ways to tell politicians that they are entitled to rule the world. As a whole, they will declare that the business cycle is random, stating that only they possess the power to manipulate society. They never consider what happens when they are wrong.

« Advice for the Fed
Government Prosecutors Are Being Exposed as Corrupt »