Australian Tax Authorities on the Hunt 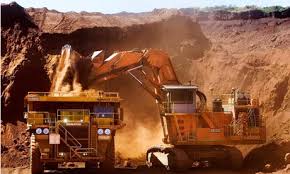 The hunt for taxes has also been targeting international companies and arguing that the local operation in their country should pay more in taxes. One example is Rio Tinto (ASX, LON:RIO), the world’s second-biggest miner by market value. The Australian government handed them a A$447 million tax bill increasing a tax assessment in the new clever attack scheme known as “transfer pricing” between Rio Tinto’s Australian operations and its Singapore office. The amount breaks down as A$379 million plus interest of A$68 million for the calendar years 2010 to 2013.

What government fails to comprehend is that they are destroying the world economy because they make promises they cannot keep and just keep raising taxes with no end in site. They put at risk jobs everywhere and the higher the taxes, the lower the GDP. This is why it all just has to go bust because they are locked into this agenda and will not reform. Government simply looks at the immediate needs with no comprehension of the future. They do not rationally look at the problem as to why they constantly need a larger and larger portion of the GDP to maintain themselves. This is what historically results in revolution. They pass the point of no return.

The only way to bring this point home is to lay-off all workers until the tax bill is settled. Then they will see that there is a cost to raising and hunting taxes. But even that probably would not work. Governments are simply out of control.