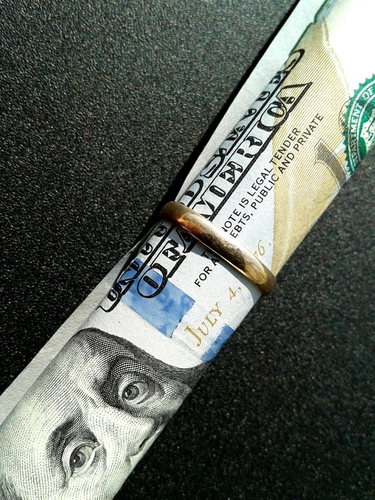 The Trump Tax Reform is in part inspired by the Flat Tax idea of lowering the rate and eliminating deductions. Alimony, or spousal support, is often part of divorce agreements when there’s a big discrepancy in earnings between the two parties and the marriage has endured for more than just a few years. The idea of some “gold-digger” marrying a rich guy and then walking off with 50% of his wealth is really the stuff of fictional legend. Things acquired before a marriage are not suddenly 50% of the potential “gold-digger’s” new found wealth.

What is interest is the whole problem with alimony. In 2015, according to the data from the Internal Revenue Service, an estimated 598,888 taxpayers claimed the alimony deduction on their Form 1040. Those deductions came off the top of one’s income. The IRS reported that total of more than $12.3 billion was deducted in 2015 for alimony payments.

Here is where the problem comes in. The IRS tries to match the deduction for on the opposite side the spouse must declare it as income and that is subject to tax. According to a 2014 Treasury report, when they tried to match the deductions they discovered there was about 20% less being reported on the receiving end.

Under the elimination of deductions, alimony payments may disappear. That will seriously impact divorce settlements going forward and may result in others going back to court to ask for reductions. What may come to light is those spouses who have not been declaring the alimony. Could become interesting.

I had a friend who remained married and lived together he said because (1) it was too expensive to get divorced, and (2) nobody wanted custody of the children who were draining the resources in perpetual school loans.